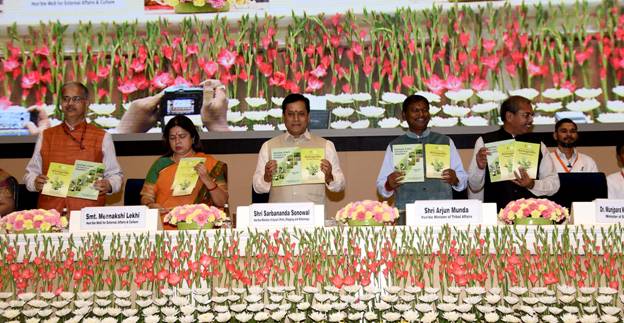 The 7th Ayurveda Day was celebrated on Sunday (October 23) on a magnificent scale in the country and at the international level. The theme was “Har Din Har Ghar Ayurveda', aimed at propagating the benefits of the traditional Indian healthcare system to a larger and grass root community.

The six-week-long celebration saw over 5000 events being organized by the Ayush Ministry institutes/councils with the support of over 26 ministries of the Government of India and the Ministry of External Affairs India missions and embassies.

“Ayurveda is a science of disease prevention. It’s an ancient knowledge and our research councils are doing some impressive research work in the Ayush sector,” Sarbananda Sonowal said.

“The aim of “Har Din Har Ghar” campaign is to take Ayurveda and its potential to the masses. Ayurveda is now known globally, and this is because of the continuous and untiring efforts of prime minister Narendra Modi,” he added.

“Ayurveda is India's ancient tradition and wealth. Ayurveda can be nurtured in association with the people living in the forests. The only medical science that talks about the prevention of disease is Ayurveda," Arjun Munda said.

Dr. Munjpara Mahendrabhai Kalubhai said the Ministry of Ayush has accelerated the Ayush system of health in the country and Ayurveda is now recognized in 30 countries. He further informed that the current turnover of Ayush is USD 18.1 billion.

“It’s time to appreciate the science of our ancestors. A science that is over 5000 years old is celebrated on the occasion of Ayurveda day under the supervision of our Prime Minister Narendra Modi. He always promoted the science of Ayurveda and in the last few years, it has reached its peak," Meenakshi Lekhi said.

Prof. Tanuja Nesari informed the ‘I support Ayurveda’ campaign got enormous support from all, as over 1.7 crore people took part and over 56 lakh contributed to various activities organized by different institutions based on Ayurveda Day in the six-week long program.

A Memorandum of understanding was signed between the Ayush Ministry and the Tribal Affairs Ministry to explore the areas of collaboration, convergence, and synergy for tribal development while preserving the tribal cultural heritage through evidence-based planning and capacity building.

On the occasion, a book on India’s Ayurvedic pharmacopeia, ‘The Ayurvedic formulary of India’ was released. The Ayush Ministry launched a species-specific national campaign on ‘Ashwagandha - A health promoter’ to create awareness about the health benefits of medicinal plants. The Union Ayush ministry and other dignitaries felicitated the first-prize winners of five short video competitions.