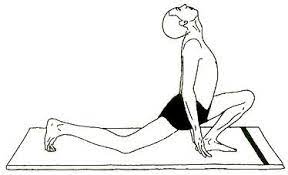 Once you pass your prime, it’s normal for your lung function to decline gradually as you age. But don’t worry. Celebrity Yoga instructor Anshuka Parwani has some tips for you to enhance your lung capacity and also strengthen your lower body.

Parwani, who tutors Bollywood stars like Kareena Kapoor and Alia Bhatt, is seen performing the Ashwa Sanchalanasana in her latest Instagram video that turned into an instant hit on social media.

“This one is my favourite – the Ashwa Sanchalanasana drill, also known as low lung pose, which helps to build lower body strength, especially the knees and ankles. Super useful to open the hip flexors and strengthen the glutes and hamstrings, stretches and strengthen the spine, this increasing flexibility of the back,” she captioned the video post.

However, she warns those suffering from any knee or neck injury to avoid practicing the pose.

What is Ashwa Sanchalanasana?

Also known as the Equestrian pose, it is a low-lunging posture that is part of the sun salutation sequence. It lengths the spine and strengthens the muscles of the chest, opening the heart and increasing lung capacity. It’s also good for conditions like constipation, infertility, low backache, osteoporosis, sciatica, etc.

How to perform it?

·        Bend the left knee, keeping the left foot on the floor and the arms straight.

·        Tilt the head backward with the back arched. Lengthen the torso, lift the chest, and keep the back of the neck long.

·        The palms of the hands should be flat on the floor. Balance the weight on both thighs and the arms.

·        Exhale and step the right foot forward before returning to Padahastasana.