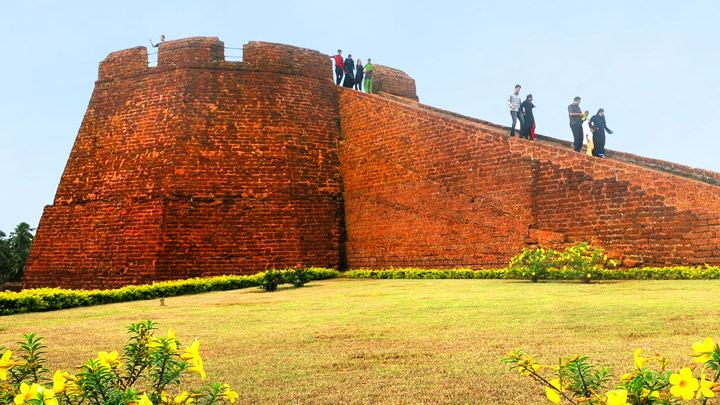 The Spice Coast in the far north of Kerala, better known as North Malabar, is basking in myriad colours and the pomp and splendour of the 10-day cultural extravaganza ‘Bekal International Beach Festival’ that kicked off at the majestic Bekal Beach Park on December 24.

The shores of the Arabian sea that hugs the magnificent citadel, the serene lagoon, swaying palms, and the treetops that dance and oscillate in the breeze and the spread-out velvety sand endear Bekal to tourists from far and wide and the festival comes as an icing on the splendid experience that the Bekal Fort and Beach offers to tourists.

Chief Minister Pinarayi Vijayan inaugurated the first international beach festival that captures the wholeness and the essence of the district’s cultural and artistic uniqueness and displays the rich cultural diversity and grandeur of the country, at Bekal Beach Park on December 24. Around five lakh people from across the globe are set to revel in the festival that is staged at the three venues of Chandragiri, Thejaswini, and Payaswini.

The festival which also aims at revitalizing the district’s development by showcasing its potential, offers a feast of cultural and musical nights, along with food festivals that capture the cuisine of Kasargod, exhibitions, and tour programs. Beach sports, which is staged on foreign shores, is the prime attraction of the fest. Tourists from different parts of the world, especially from the Arab world, are expected to swarm and relish the event.

The Bekal International Beach festival is organized by the Bekal Resorts Development Corporation (BRDC) in association with the District Tourism Promotion Council, Kudumbashree, Asmi Holidays, and the local self-government bodies in the district.