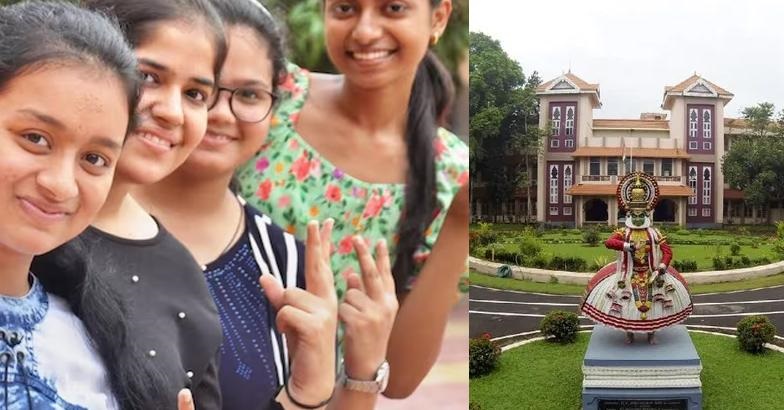 Menstrual leave for all Girls in universities! Yet another 'Kerala Model' in the making!

THIRUVANANTHAPURAM: Kerala, known the world over for its social development on par with the developed world, could soon create yet another 'Kerala Model' by granting menstrual leave for girls studying in all the universities in the State.

The move comes on the heels of the decision of the Cochin University of Science and Technology (CUSAT) to allow girl students to avail "menstruation benefit" in the form of additional condonation of shortage of attendance.

The girl students in the university would now be eligible for an additional 2 per cent of condonation of shortage of attendance to female students, in each semester. CUSAT has over 8000 students in various streams and more than half of them are girls. The decision to allow condonation would be applicable to female students of all streams including those pursuing PhD in the university and is expected to be implemented with immediate effect. The order would be submitted before the academic council for procedural approval and is expected to be implemented soon after getting its nod.

Namitha George, chairperson of the university students' union, expressed happiness that their demand was met by the varsity without raising objections. "As per the rules, CUSAT students need 75 per cent attendance in each semester to appear for the exams. But, through the new order, female students will get a relaxation of two per cent in this and their eligible attendance is lowered to 73 per cent in each semester," she told PTI.
Namitha, an LLB student, said though the earlier demand of the union was to grant a particular number of leave as menstrual leave in each semester, the university pointed to some practical difficulties to implement that. "Those practical issues were genuine. So, we also accepted the suggestion of the provision for condonation of shortage to female students. The university authorities including the Vice Chancellor adopted a positive approach on the issue," she said.
Kerala Minister for Higher Education and Social Justice R. Bindu announced that the State government is actively considering menstrual leave in all universities functioning under the Higher Education department following CUSAT's decision. The menstrual benefits that were introduced by the Cochin University of Science and Technology recently are being examined for wider implementation, she said here in a statement on Monday.

According to her, the government had resolved to consider the proposal after taking into cognizance the mental and physical difficulties associated with the menstrual cycle. The CUSAT decision would enable women students to appear for examinations in each semester if they have 73% attendance, 2% less than the mandatory requirement of 75% attendance to appear for the examinations.
According to informed sources, the APJ Abdul Kalam Technological University (KTU) in Kerala is also all set to follow in the footsteps of CUSAT. The KTU is likely to introduce menstrual and maternity leaves in its affiliated colleges. The Board of Governors is currently considering representations by the university union that has called for such benefits on compassionate grounds. The union has appealed to the university to permit 70-day maternity leave and 15 days’ leave in cases of abortion and tubectomy.
Mahatma Gandhi University is the first university in the State to introduce the option of maternity leave for its students. It has permitted students pursuing courses in its departments and affiliated colleges to avail themselves of maternity leave for 60 days either before or after the delivery. Students are also eligible for 14 days’ leave for those undergoing medical termination of pregnancy or tubectomy.