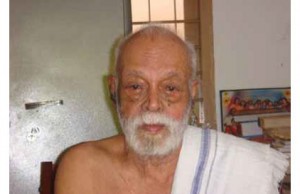 A branch of science attains glory when great human beings appear on its horizon and practise it for the benefit of larger mankind, with little selfish motive. Vaidyabhooshanam K Raghavan Thirumulppad was an Ayurveda practitioner who used his knowledge and skills in this branch of medicine for the betterment of humanity.An accidental convert to Ayurveda—he became a disciple of Vasudevan Nambeeshan, an Ayurveda vaidya who cured him of TB—Thirmulppad took his profession seriously. He mastered its theory and practice so well that Ayurveda students find his books the most simple and comprehensive. He not only practised Ayurveda in its pristine form, but also ensured that it remained affordable. He often said, “A physician’s job is to cure a disease with medicines available in his courtyard.” He postulated this noble theory, practised it, and proved to the world that it was worthwhile to do so. The best way to pay homage to this great physician is to preserve and practise Ayurveda in its pristine form. A difficult calling, indeed. We hope that more and more physicians, especially of the younger generation, would find him a great beacon light to follow.