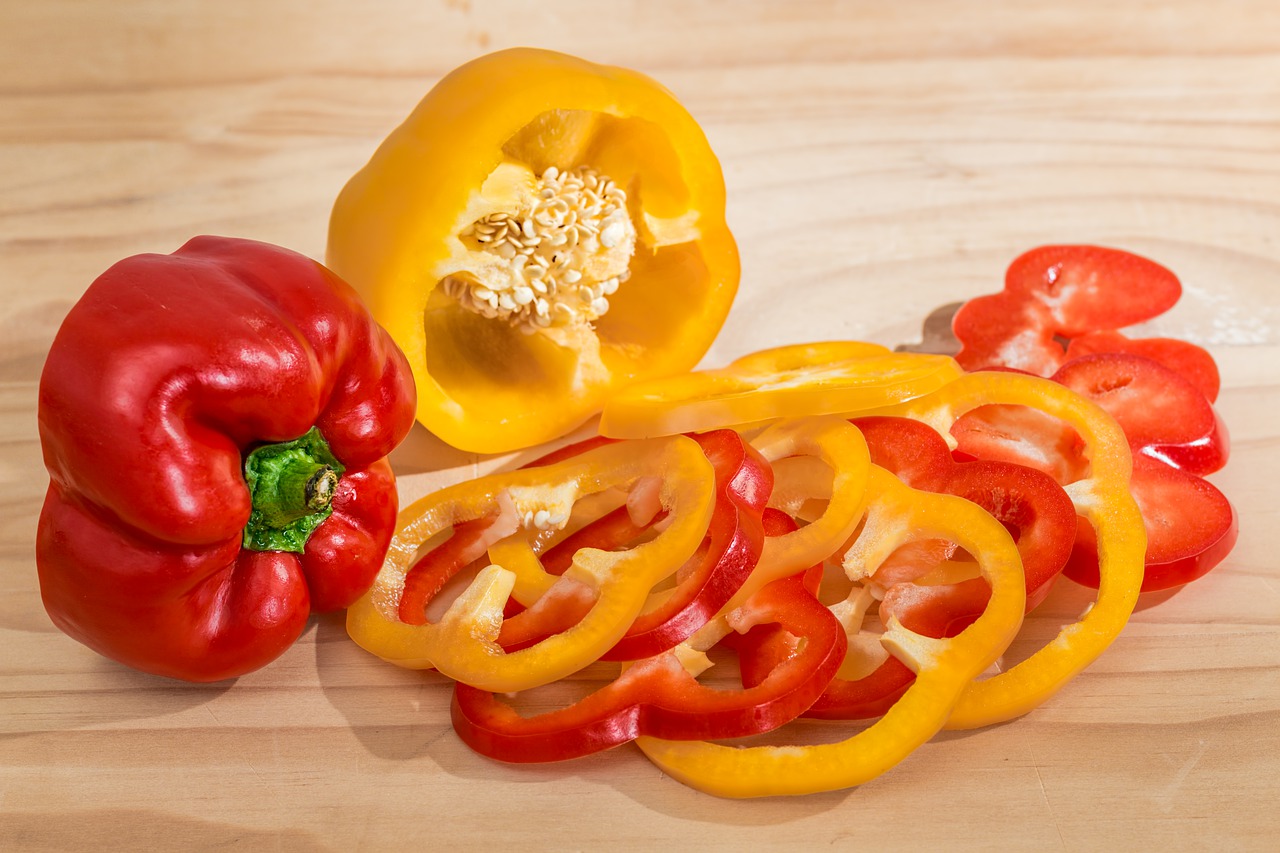 Bell peppers are rich in many vitamins and antioxidants, especially vitamin C and various carotenoids. For this reason, they may have several health benefits, such as improved eye health and reduced risk of several chronic diseases. All in all, bell peppers are an excellent addition to a healthy diet.

Bell peppers (Capsicum annuum) are fruits that belong to the nightshade family.

They are related to chili peppers, tomatoes, and breadfruit, all of which are native to Central and South America.

Also called sweet peppers or capsicums, bell peppers can be eaten either raw or cooked.

Like their close relatives, chili peppers, bell peppers are sometimes dried and powdered. In that case, they are referred to as paprika.

They are low in calories and exceptionally rich in vitamin C and other antioxidants, making them an excellent addition to a healthy diet.

Bell peppers come in various colors, such as red, yellow, orange, and green — which are unripe.

Green, unripe peppers have a slightly bitter flavor and are not as sweet as fully ripe ones.

This article tells you everything you need to know about peppers.

Fresh, raw bell peppers are mainly composed of water (92%). The rest is carbs and small amounts of protein and fat.

Bell peppers are primarily composed of carbs, which account for most of their calorie content — with 3.5 ounces (100 grams) holding 6 grams of carbs.

The carbs are mostly sugars — such as glucose and fructose — which are responsible for the sweet taste of ripe bell peppers.

Bell peppers are loaded with various vitamins and minerals ():

Bell peppers are very high in vitamin C, with a single one providing up to 169% of the RDI. Other vitamins and minerals in bell peppers include vitamin K1, vitamin E, vitamin A, folate, and potassium.