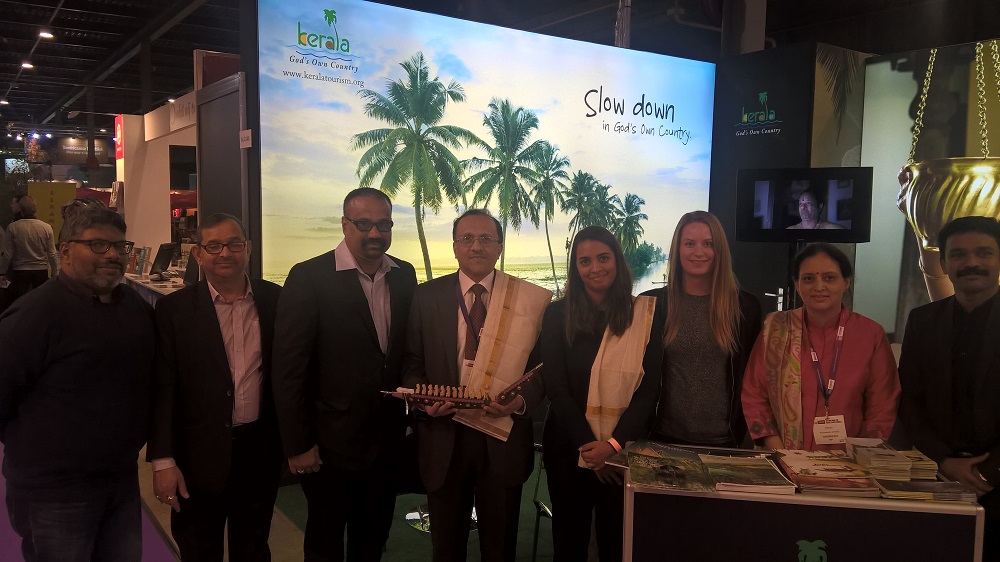 This is the first time that Kerala participated in this annual fair that takes place in January every year at Vakantiebeurs in Utrecht. The fair witnessed a lot of enquiries from tourists who wished to make their trip to Kerala in 2018-19. According to Tourism Minister, Shri Kadakampalli Surendran, Netherlands ranks 11 among the foreign tourists who make it to Kerala every year. It has been recorded that in the year 2015, around 22,276 Dutch nationals visited Kerala. This is a 40 percent increase when compared to the tourist visits made in 2010. In the Dutch tourism industry it is observed that north India is more known to the Dutch than the south. The Kerala pavilion at the fair was designed relating to the theme – ‘Slow Down in God’s Own Country’. The pavilion encapsulated the beauty of Kerala by focusing on its backwaters, villages and its Ayurveda treatments.