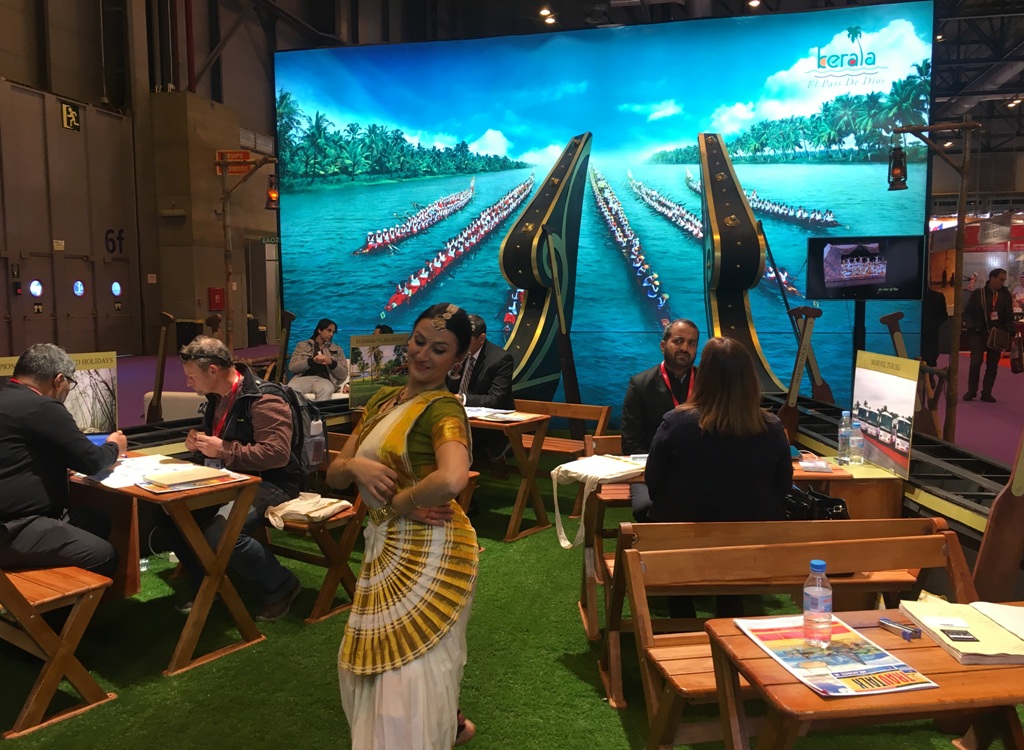 Kerala tourism stood out at the FITUR 2017 by showcasing its traditional boat-race in all its elegance. This world renowned tourism and travel event took place from Jan 18 to 22, 2017 in Madrid, capital of Spain. The Kerala team at the fair was led by Tourism Director, Shri. UV Jose. According to him, the Kerala pavilion was a great attraction to all the tourism industrialists who participated in the fair as well as visitors of the fair.

The visitors and onlookers were fascinated by the Kerala pavilion and showed special interest in learning more details about the boat-race, the serene backwaters and the wellness treatment through Ayurveda which are the great attractions of Kerala.

The several meetings and discussions, at the fair, among the partners in the travel and tourism industry proved to be quite fruitful. Many of the renowned tourist industrialists promised to include Kerala in their tourism packages and said that they would ensure that tourists visit Kerala.

With an aim to increase the number of European visitors to the state, Kerala tourism plans to hold road shows in France and Italy on Jan 24 and 26 respectively.

The Tourism Director pointed out that Kerala tourism has been a regular participant at the FITUR fair for the last 13 years. He said that through this participation Kerala tourism was able to sign up agreements with many world famous tourism industries which will help to promote tourism in this state.

It is understood that Spain is a place where the Kerala brand gets a lot of attention and it is believed that this year too as usual Kerala will receive a lot of visitors from Spain. Shri. Jose also said that this time there is a hope that there will be more visitors to the state from other parts of the world including Europe.

The statistics in recent years showed an increase in the number of Spanish visitors to the state. In 2015, reports showed that there were around 14,1877 registered visitors to Kerala from Spain. This is a 21.7% increase compared to the previous year.