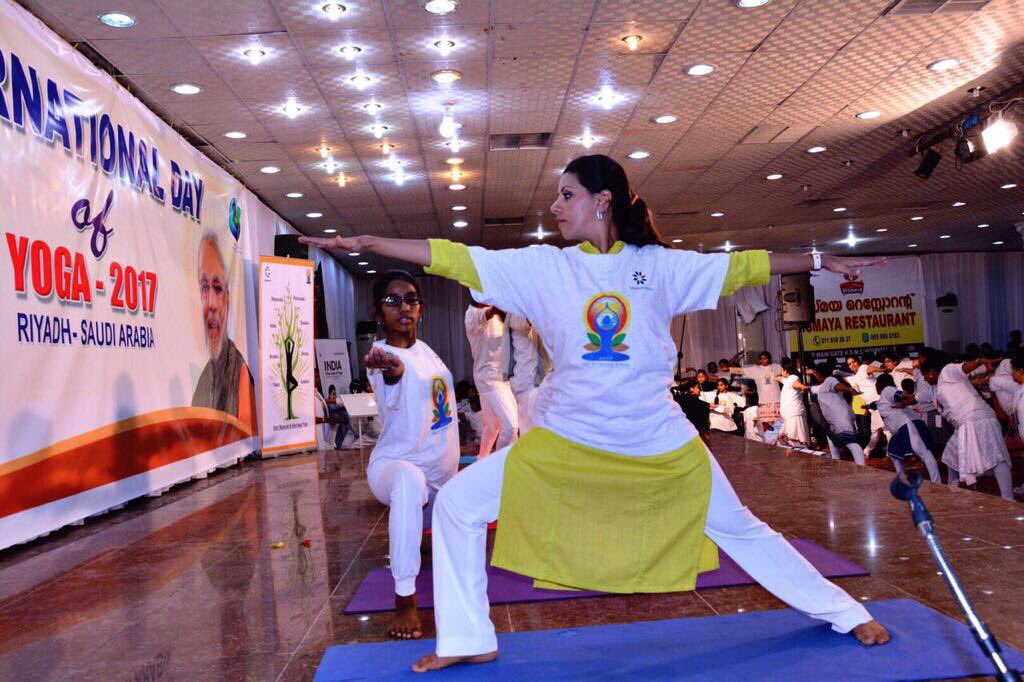 Nouf Marwaai the woman behind Yoga in Saudi

Saudi Arabia, has  recently approved teaching and practicing of Yoga in the country and declared it as a sports item, a report ln Times Now said.  The credit  for  the approval  goes to Nouf Marwaai, the Yogacharinie dedicated to promoting Yoga and Ayurveda in Saudi Arabia and the Gulf.

Yogacharinie Nouf Marwaa is a Saudi business woman and entrepreneur as well as a leading practitioner and the official promoter of yoga and Ayurveda in Saudi Arabia and the Gulf. A practitioner of yoga for 18 years she was awarded the Yogacharinie title in Kerala, India.

She is also a practitioner of Ayurvedic Indian medicine and is clinical psychologist, lifestyle counsellor, and Ayurveda and Yoga therapist.

She is Honorary Secretary of the International Yoga Federation for Saudi Arabia and Arab Countries 2010, President of the Arab Yoga Foundation 2010, and Vice President of the Yoglimpic Committee in India 2012.

In addition, Nouf has conducted numerous seminars and educational speeches and has taught more than 3000 students of yoga since 2005 and certified more than 70 yoga teachers between 2009 and 2014.  Among her many qualifications in Yoga, Ayurvedic medicine, Natural Medicine and Holistic Health, Nouf holds a Master’s degree in Psychotherapy and Lifestyle, Shobhit University India, New Delhi and a Diploma in Medical Yoga, Delhi, India.