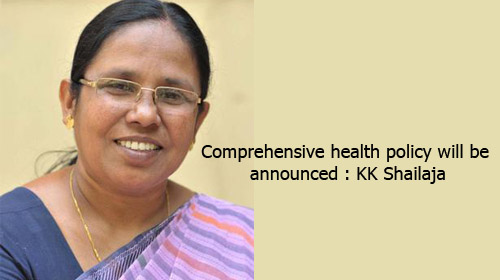 International AYUSH Conclave in Kochi on May, 2018

The government of Kerala is planning to organize an international AYUSH conclave in Kochi in the second week of May 2018 as part of its efforts to propagate  the importance  of  AYUSH treatments and  their  benefits   globally. As part of this event an extensive organizing committee has been  constituted with the Chief Minister as patron and the Health Minister as chair person.

The organizing committee for the conclave was inaugurated by  the Minister  of Health , KK Shailaja in a meeting presided over by MLA Hibi Eden.

The minister said that all concerned persons should work  together  to make this event  grand success.

The event is considered to be four-day long with an international seminar and exhibition. Global leaders and over 3000 representatives from over 40 countries are expected to participate.