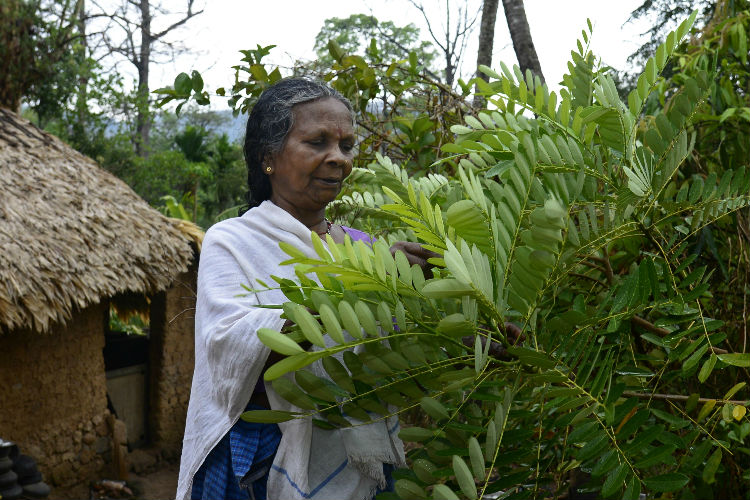 “I feel happy that my country accepted me. I haven’t felt happier. The District Collector called and informed me that I was selected for Padma Shri. I am in this field for last 50 years and the Kerala government recognized my work and awarded me as well. A few of the people had claimed that I would win the Padma Shri award,” says Lakshmikutty Amma.

Amma also writes poems, dramas and is a teacher in folklore academy. She revealed that she got this knowledge from her mother who was a traditional midwife.

She belongs to Kaani tribe and can remember more than 500 varieties of medicine. She has attained the education of 3rd form and knows Sanskrit.

Amma, whose husband died two years back, stays alone in the forest and grows medicinal plants around her house. Her two sons passed away and the third one is working in the Railways.

“My mother was also a traditional medicine practitioner. She was a midwife. My mother passed down the knowledge to me. I keenly watch the nature, it has all the remedies. Even animals and fish have medicinal power,” she added.

However, Amma who has been awarded so many honours, lives in difficult circumstances.

Amma said she hopes the government will consider it.

“We have to travel many kilometres through the forest. There are wild animals including elephants. People cannot bring patients in time. Hence, I request the government to do something about it,” she added.

Amma said that she can treat snake poison as well.

“My son died due to snake poison, so I gained all the knowledge I could on it. When one is injected with poison it is important to suck it out at the earliest, but with no roads and no hospitals nearby, it is a dangerous issue in the village as we live amidst wild animals,” she said.