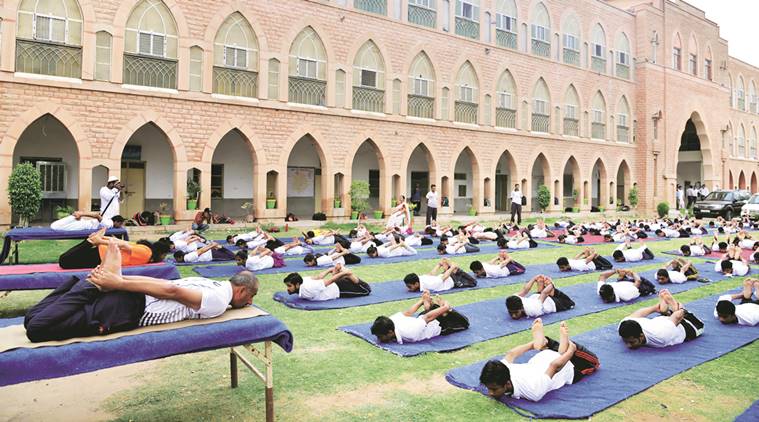 Rajasthan to emerge as leading Yoga and Ayurveda centres

Chief minister Vasundhara Raje on Sunday said that the state government is working to make Rajasthan a leading centre of Yoga and ayurveda. She added that the state has spent around Rs 2,500 crore on ayurveda.

Raje said that Prime Minister Narendra Modi has made the country proud by making United Nations announce June 21 as International Yoga Day. On the first International Yoga Day, 35 lakh people in the state performed mass yoga; the number increased to 42 lakh the second year and went up to 48 lakh in the third Yoga-day. On the next Yoga Day, we will create a record, added the chief minister.

The state government is conducting development work at all religious places and creating a panorama of renowned personalities. The government has spent Rs 600 crore for the development of 125 temples, she said.