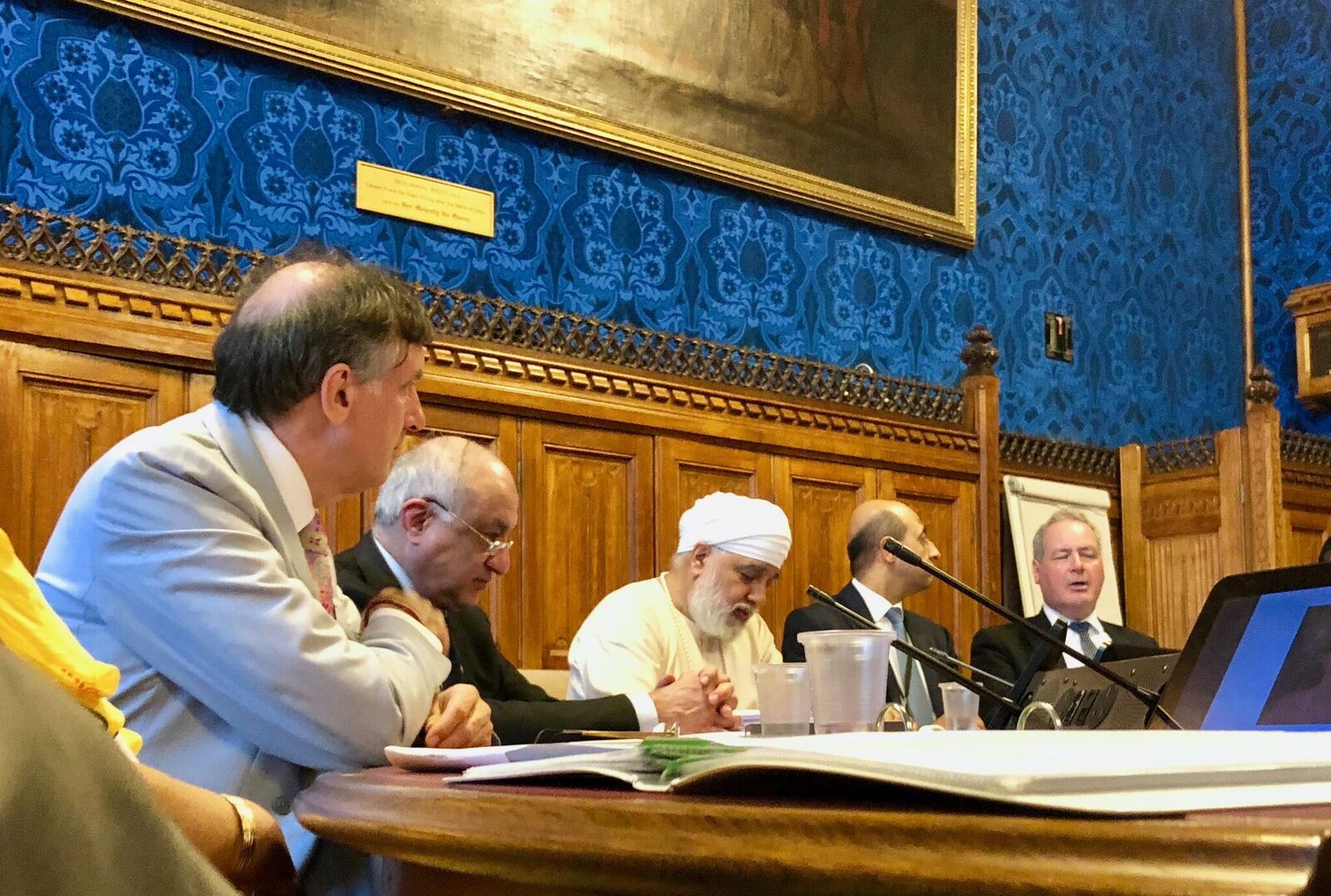 Indian Classical Music is known for its holistic self-healing powers that help to neutralise tension and create a relaxing and peaceful atmosphere. This ancient preventive system of health-care has been in use for over thousand years to treat various health disorders. It is also known for bringing harmony to the mind, body, soul and environment by keeping them in tune with the universal rhythms of nature.

Keeping this nature of Indian music in mind, The All Party Parliamentary Group – Indian Traditional Sciences organised a Music for Healing Symposium at the Houses of Lords on Monday 21st May 2018. Many parliamentarians, leaders of faiths and connoisseurs of Indian Classical Music attended the event.

Prof. Peter Warburton, the head of the Maharishi Organization in the UK elaborated on the wisdom of Indian Classical Music for its therapeutic effect and the generous work of the APPG Indian Traditional Sciences on spreading this most sacred wisdom.

Vibha Mehdiretta, the Deputy Director at The Nehru Centre, London, paid tribute on behalf of the High Commissioner of India, His Excellency Shri Y K Sinha, and said she was very happy to be part of the programmes initiated by the APPG Indian Traditional Sciences at the Nehru Centre, every year.

Bob Blackman MP, Co-Chairman of APPG Indian Traditional Sciences, spoke about the freedom of choice for Traditional Medicines and emphasised that the healing powers of music should be made available at hospitals.

Lord Gadhia concluded the programme with presenting all artists with a Sacred White Mala.

The symposium was graced by music and dance performances by exponents like  Katrina Rute, Shreyna Patnaik, Vaishali Govilkar and Sugato Bhaduri.