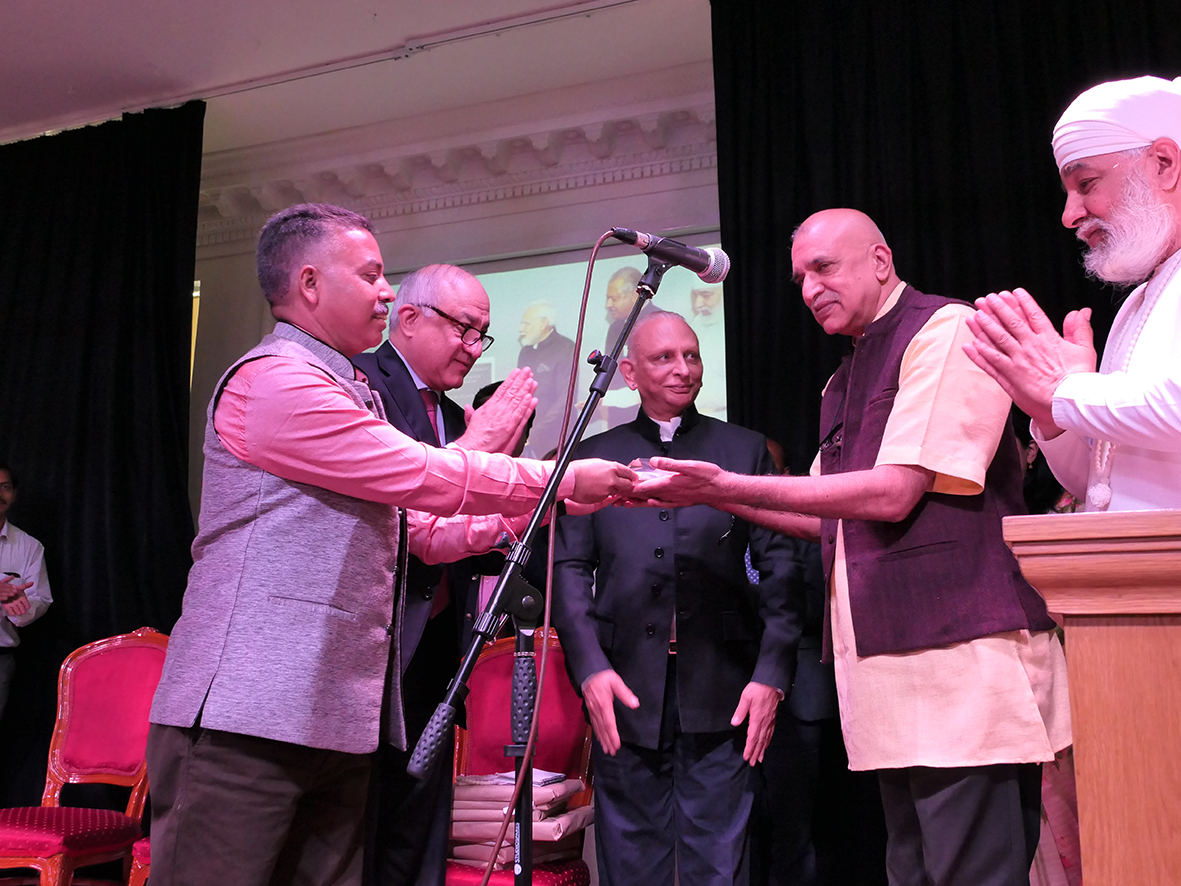 The All Party Parliamentary Group – Indian Traditional Sciences(ITSappg)- conferred the prestigious Ayurveda Ratan Award on  Padma Shri Prof Darshan Shankar on the occasion of celebrating the UN Int’l Yoga Day and NHS @ 70 on Monday 18th June 2018 at The Nehru Centre, London. Dr. Darshan is the Vice Chancellor of the Transdisciplinary University (TDU), Bangalore, and this is the first time that this award is presented to the Vice Chancellor of an Indian University.

A galaxy of scholars and academics spoke of the importance of Indian Traditional Sciences working alongside modern medicine and their implication in the NHS. The power of these therapies would lessen the financial burden on the NHS and help to target the root cause of disease without side- effects.

Amarjeet S Bhamra, the Secretary at ITSappg, gave a brief overview as it is the original Parliamentary Group that promotes and facilitates informed discussions on Yoga, Ayurveda, Sangeetam, Unani, Vastu and Jyotish since its inception in 2014, by providing a forum for cross-party parliamentarians, policy makers, academics, practitioners, leading community and thought leaders, practitioners of Indian Sciences and other stakeholders for inclusion in the national health architecture. He spoke about the ability of the APPG-ITS to hold three official events – A Confluence on Preventative Medicines in the NHS supported by the High Commission of India and High Commission of Sri Lanka to celebrate UN Int’l Yoga Day 2018 and NHS @ 70. The first event will take place at the Nehru Centre, the second on Thursday 21st June at Victoria Tower Gardens outside the parliamentary building and the third event in the House of Commons.

Srinivas Gotru, Director of The Nehru Centre and Minister in-charge of Media & Cultural Relations at the High Commission of India, officially welcomed all speakers and delegates. He said this was the second year that the High Commission was supporting this programme at the Nehru Centre and thanked the efforts of the APPG Indian Traditional Sciences for bringing the health values of Yoga other Indian Health Sciences to the wider UK population.

Prof Shankar delivered his keynote speech, Listening to Voices from the ground – A pathway to transform healthcare in 21st Century and captured the minds of over 100 delegates. He was later conferred with the prestigious award.