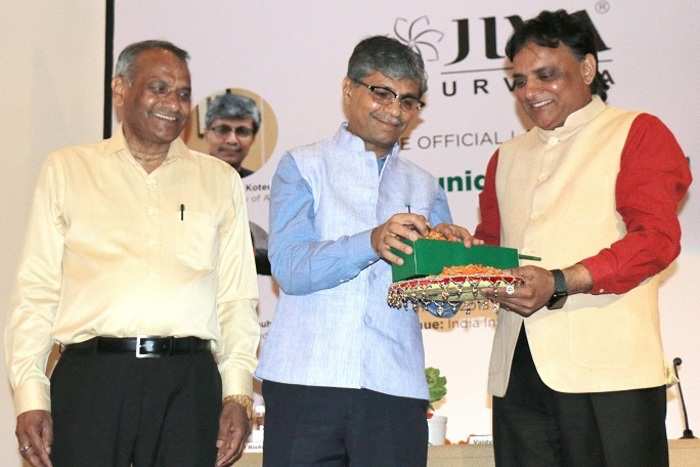 Jiva Ayurveda, which runs 80 clinics and hospitals across India, launched first-of-its-kind diagnostic protocols for Ayurveda in the presence of Vaidya Rajesh Kotecha, Secretary, Ministry of AYUSH, Govt. of India on July 16; 2018. The aim behind this venture was to create a definite structure for Ayurveda and turn it into a globally accepted medical science.

Called Ayunique, the newly developed protocols are the result of analysing consultation records of two lakh patients its doctors treated over the last decade. This huge data analytics project was initiated by Jiva Ayurveda six years ago. Using Big Data analytics and machine-learning techniques, the 5,000-year-old knowledge of Ayurveda and personalized treatment records of lakhs of patients at Jiva have been consolidated to offer the most advanced decision-support system for Ayurveda doctors. This will assist them in making root-cause based diagnosis in a structured, standardized and data-driven manner while allowing for the personalization of treatment.

The protocols, which have been run successfully on 20,000 patients so far, will create a wealth of data that will be validated by domestic and international institutes and universities which will eventually go on to validate ayurveda as a legitimate science of treatment.

“It’s a long battle but at least the protocols will open the gates. I believe it will take seven to eight years before ayurveda gets its due recognition. Ayurveda can be India’s biggest contribution to the world in this century,” Jiva Ayurveda Director Madhusudan Chauhan told IANS.