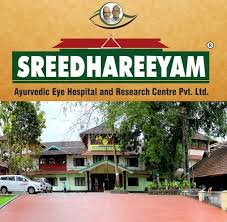 A decision has been taken at the International Ayurveda Conference held at Koothattukulam to start study and research on treatment of different eye disorders. This was planned to start at 10 different Ayurveda universities in the country.

This decision was taken at the International Conference on Ayurvedic Understanding and Management of Diabetic Retinopathy that was held together with The Association of Shalaki, from 19th to 22nd July at Sreedhareeyam Campus, Koothattukulam.

A team of experts from the Sreedhareeeyam Ayurveda Eye Research Centre spoke on the different eye disorders caused due to diabetes, which is a popular life-style disorder of the time.

The concluding conference was held on 22 July 2018 and was inaugurated by the Union AYUSH Minister, Shripad Yesso Naik. The meeting was presided by MLA Anoop Jacob. Advisor to AYUSH, Dr. DC Ghatok, delivered the key note address. The meeting concluded with a message by Ayurveda Deputy Drugs Controller, Dr. T D Sreekumar.