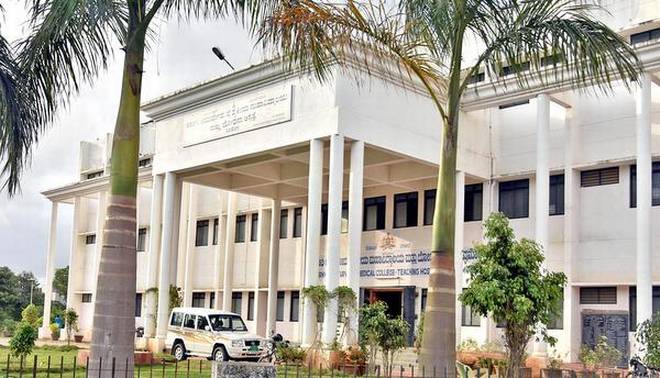 Another Govt. Ayurveda College in Karnataka

The new Government Ayurveda College on BH Road in Shivamogga city will start functioning from this academic year.  The principal, MG Doddamani said that the Central Council for Indian Medicine (CCIM) has sanctioned permission to the college to offer the first year BAMS course from the academic year 2018-19. The intake for the year has been fixed at 60. He said that the, The Directorate of AYUSH (Ayurveda, Naturopathy, Unani, Sidha and Homeopathy) will soon communicate to the Karnataka Examination Authority to allow students to opt for seats at Government Ayurveda College in Shivamogga for the ongoing process of admission to professional courses. Shivamogga is the fourth city in Karnataka to have a Government Ayurveda College after Bengaluru, Mysuru and Ballari. The construction of Government Ayurveda Hospital of 100 bed capacity that acts as teaching hospital of the college was completed in 2013. An amount of Rs. 2.30 crore was spent for construction of this three-storey building. In addition to this, another three-storey building is coming up on the premises that will host the college. The new building will host 14 departments necessary to run the ayurveda course including Nidana Vikriti Vijyana (Pathology), Padaratha Vijyana (Ayurvedic Philosophy), Rachana Sharira (Anatomy), Kriya Sharira(Physiology), and Shalya Tantra (Surgery) among others. The building will also have conference halls, classrooms, staff rooms and laboratories.

Mr. Doddamani said that at present, the college has 11 teaching staff. By appointing two more professors, it is possible to run the first year course. The appointment process has already commenced. Classes for the first year would be held on the third floor of the building that hosts the hospital. After the construction of the new building is completed, classes would be held there from the coming academic year, he added.