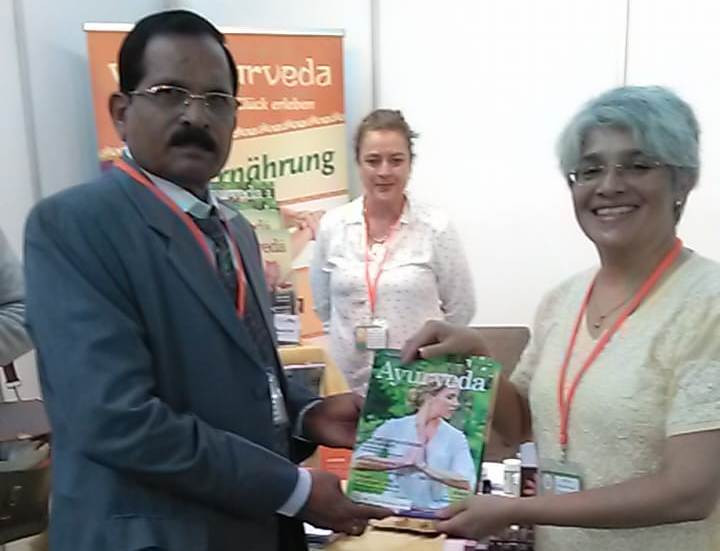 Seen along with him is Ms. Gayatri Puranic of OM Vital Vertriebs GmbH, a Germany- based company that distributes the German issue. The German issue is the European counterpart to the English edition, Ayurveda & Health Tourism, which has been a quarterly in circulation since 14 years.