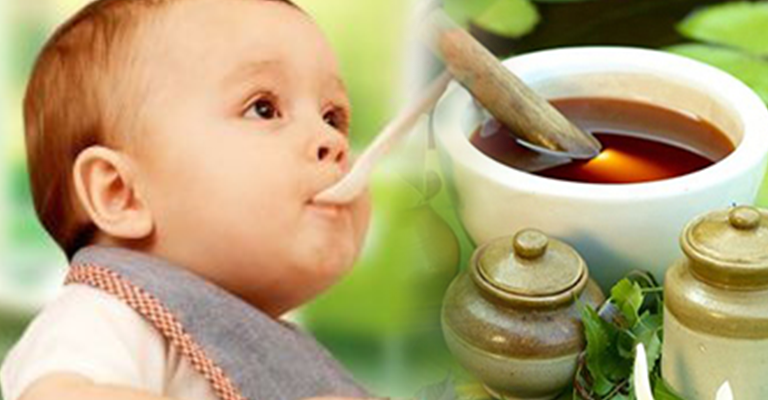 Gorakhpur: A team of King George’s Medical University doctors and volunteers of Arogya Bharti, a voluntary organization, held a camp in Bharsar village of Sahjanwa on 7th September; 2018 and administered ‘Swarna Prashan,’  an ayurvedic medicine to children to prevent encephalitis.

Swarna Prashan, developed by a team of KGMU doctors and Arogya Bharti volunteers , has proven to be successful in controlling encephalitis in the five villages of Sahjanwa area.

KGMU vice chancellor, ML B Bhatt said, “Since January, a team of 12-15 KGMU doctors have been organizing a medical camp at Bharsar village every month for free medical check-up of people from nearby villages. Children upto 15 years are given Swarna Prashan drops. The CHC and PHC in the area informed that no encephalitis case was reported since children were given the medicine. Bharsar village was among the worst hit villages of eastern UP, where atleast 30-40 children were hit by encephalitis.”

Eastern UP has been hit by encephalitis since many decades and has killed thousands of children. Arogya Bharti secretary Dr. Abhaynandan Tiwari said that Swarna Prashan is made of swarna bhasma, cow ghee and other medicines. CHC incharge of Bhrasar village, Dr. Rudra Narayan and village head Prem Nandani also confirmed that there has been no case of encephalitis in the village this year. KGMU’s outreach programme incharge, Dr. Sandeep Tiwari, MLA Radha Mohan Das Agarwal, BJP leader Upendra Shukla and MLA Sheetal Pandey were also present on the occasion.

Dr. Tiwari said that the results of swarna prashan in Bharsar village have been sent to Ayush ministry and UP government has sent it to central government so that it could be used in other encephalitis-hit areas where sanitation and water conditions are poor.