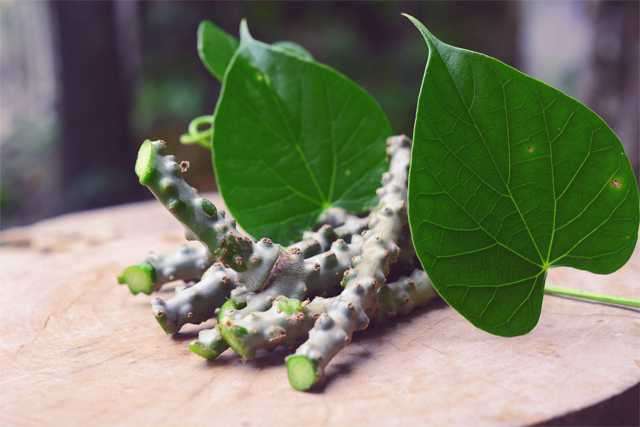 A recent study by Gujarat Ayurveda University in India has concluded that consumption of the ayurvedic shrub ‘Giloy’ (heart-leaved moonseed) increased the lifespan of the common fruit fly. The Ministry of AYUSH (Ayurveda, Yoga and Naturopathy, Unani, Siddha and Homoeopathy) in India plans to extend the research to humans. A Study by the University concluded that the flies (Drosophila melanogaster) are among the most extensively studied animal models for understanding the ageing process and longevity. Generally , the lifespan of flies are not more than 30 days. But, this increased to about 85 days after they were fed concentrations of Giloy powder for 30 days, the study claimed.

The study has been published in the Netherlands-based ‘Wolters Kluwer’, a popular healthcare journal.

The Study has also been approved by the Indian government, due to the results indicated by the primary study, and the need to extend the scope of research to humans.

The Secretary at Ministry of AYUSH, Rajesh Kotecha, revealed plans to tie up with the Indian Council of Medical Research (ICMR), the largest medical research body in the country, to further expand the scope of the study.

A major research project is further being planned to validate these findings at various levels, Kotecha said.

For the study, researchers from the Institute for Post-Graduate Teaching and Research in Ayurveda, Gujarat, said that regular food of flies was mixed with Giloy powder in various concentrations. The flies were exposed to these concentrations for 30 days.

The concentrations beyond that limit however do not increase the lifespan, and this could be due to the absorption threshold of the powder.
The increased lifespan in flies may be attributed to the high antioxidant properties of the Giloy powder.

Giloy powder, known as ‘Guduchi churna’ in Ayurveda, is considered a herb that promotes longevity.

Although the exact mechanism of the action of the herb on enhancing the survival ability of the flies could not be ascertained, it has validated the concept of ‘Vayasthapana’ and ‘Rasayana’ effect of Giloy powder, the paper pointed out.

Rasayana is referred to as a rejuvenation therapy, and it is one of the vital branches of Ayurveda that deals with a group of medical preparations that boost immunity and prevent the cause of several ailments including premature ageing.