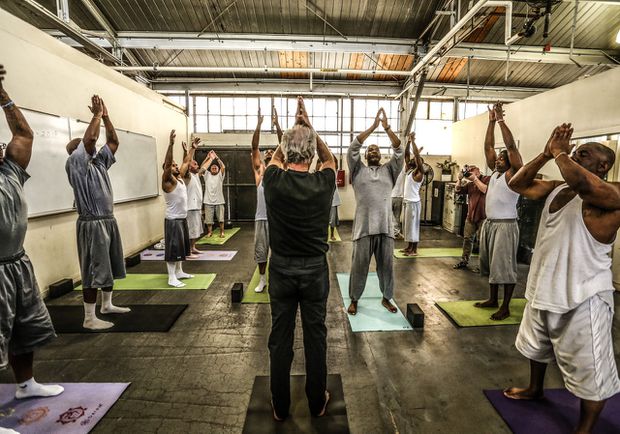 The west is fast seen to accept the different forms of yoga as a solution to various health issues. The latest ball in the bag is a yoga training course for inmates of the Vancouver prison.

The training will start next month and the instructors will be trained in in trauma-informed yoga in an effort to bring the practice to the Canadian penitentiary system. This is further to a research that suggests that this meditative practice could benefit a population often dealing with mental-health issues. Nine people have so far registered for the teach-the-teacher course.

The course will be led by James Fox, a California-based instructor who started teaching yoga in 2002 at San Quentin State Prison near San Francisco. After it helped him deal with his own anger issues and self-control, a desire to be of service motivated Fox to take the practice where he felt it was needed.

In 2010, Fox founded the Prison Yoga Project, which mails out a free yoga book he wrote for prisoners and acts as a central hub for autonomous chapters operating out of 300 prisons in 28 states. The yoga Fox teaches focuses on mindfulness, which involves clearing the mind of preoccupations to calmly concentrate on the present moment.

At the end of a course, Fox gives inmate participants a questionnaire to fill out. He said he often hears inmates say they feel more peace of mind as well as relief from chronic pain and stress.

“I didn’t know what I was going to get into,” Clint Martin, imprisoned for first-degree murder and since released, says in an interview posted to the Prison Yoga Project’s YouTube channel. He espouses the breathing techniques that bring calm during stressful situations. “‘Cause in prison there’s a lot of stressful situations.”