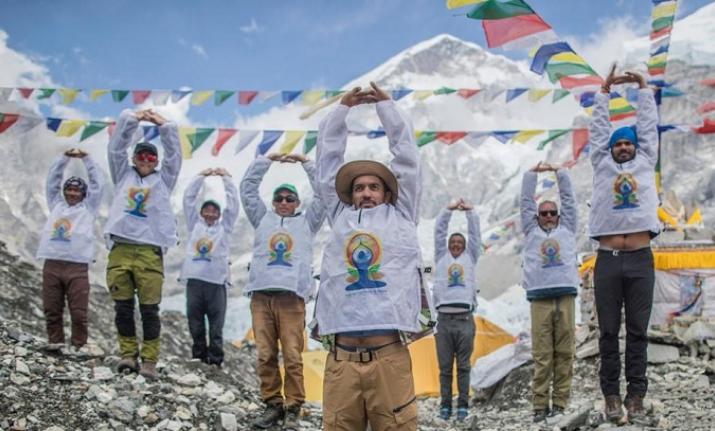 KATHMANDU: The Indian Embassy in Kathmandu organised a yoga event today to celebrate the fifth International Day of Yoga at Nepal’s Thyangboche — the gateway to Mount Everest.

The main objective of the programme was to highlight the importance of yoga in daily life and to bring peace and harmony across the nations and among people, a press statement issued by the Embassy said.

A large number of people, including Ambassador of India to Nepal Manjeev Singh Puri, locals, members of various women and youth organisations, officers of the Sagarmatha National Park and foreign tourists, participated in the event, it said.

At 17,600 feet above the sea level, mountaineer Bharat Sharma from Gujarat along with other mountaineers created history by practising yoga at the base of the world’s highest peak, the statement said.

International Day of Yoga is celebrated annually on June 21 since its inception in 2015. The concept of the Yoga Day was proposed by Prime Minister Narendra Modi during his speech at the United Nations General Assembly (UNGA) September 27, 2014.