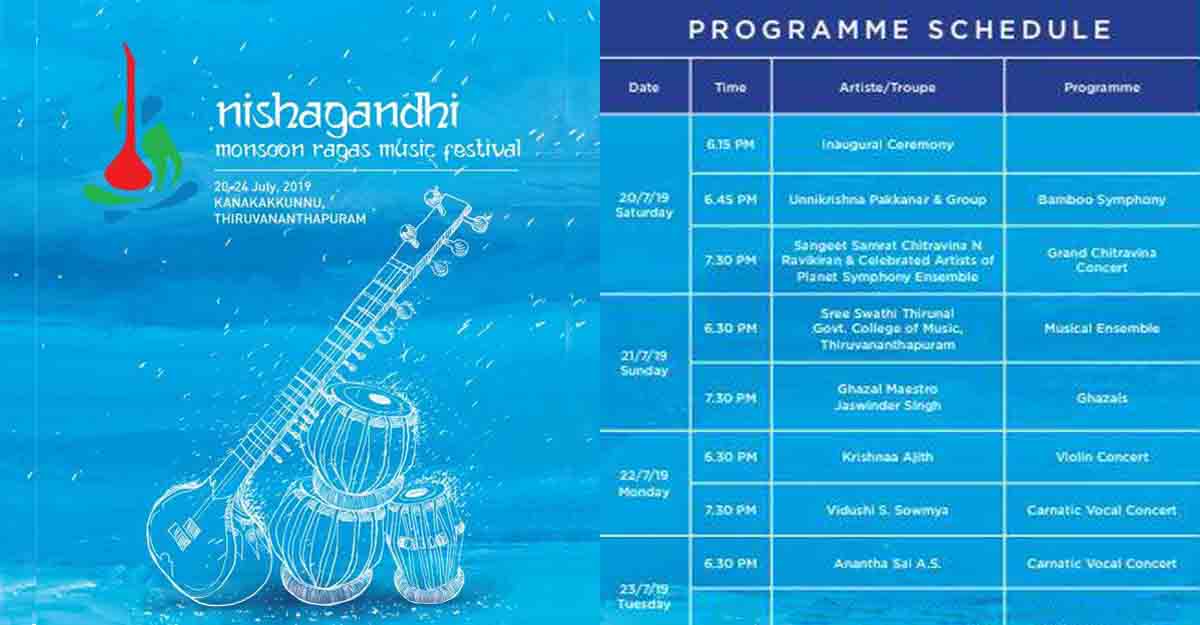 Thiruvananthapuram: ‘Nishagandhi Monsoon Ragas’, the second-edition of the annual five-day music festival, being organized by Kerala Tourism, was inaugurated by Governor P Sathasivam on July 20; 2019 at 6:15pm at Kanakakunnu Palace in Thiruvananthapuram. The Governor suggested the conduct of such festivals in other cities of the state as well.

Lauding the pivotal role of tourism, Sathasivam said, “Our unity in diversity helped us make a strong comeback from the devastating floods and other natural disasters. Tourism has proved its unique character in adverse situations too.”

The music festival promises a rare treat of classical and ethnic musical traditions of the subcontinent, featuring both vocalists and instrumentalists of various streams.

The festival commenced on a nature-friendly note with Bamboo Symphony by Unnikrishna Pakkanar followed by a concert by Chitravina N Ravikiran. The venue would reverberate in the following days with performances of leading singers like ghazal mastero, Jaswinder Singh.

Tourism minister Kadakampally Surendran, elaborated on the tourism projects being planned across the state.

“The Travencore Heritage Project is about to kickstart this year. The Vellar Craft Village will be dedicated to the public soon,” he said.

“The Chala Heritage Street project, which costs around Rs 10 crore, will spruce up the city. Raja Kesavadasan statue will be erected at Aryasala junction in the city,” the Minister said.