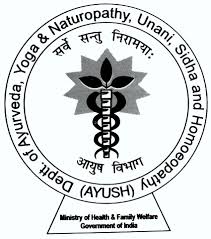 Panaji: The Centre will set up a national network to document local health traditions and ethno medical practices followed in the country to conserve bio-resources having medicinal value, Union AYUSH Minister Shripad Naik has said.

Traditional systems of medicine have provided health care to millions of people across the globe and have also been acknowledged by the World Health Organisation (WHO), he said.

“However, over-exploitation of these medicinal plants have brought many of them to the brink of extinction. It is need of the hour that strategies be designed for their sustainable use and to conserve them for future generations,” Naik told PTI in an interview.

“Therefore, the need is to document local health traditions and ethno medical practices which have to be saved from getting extinct as part of the conservation of bio- resources,” he said.

The AYUSH Ministry has already begun the process of documenting and recognising various local health traditions and ethno medical practices from across the country, he said.

“It is a massive and meticulous exercise which has been planned as one of the important initiatives of the ministry,” Naik said.

The Delhi-based Central Council for Research in Ayurvedic Sciences (CCRAS) held a brainstorming session with scientists and stakeholders on the issue, he said.

“CCRAS is also engaged in medico-ethno botanical surveys and has explored about 1.5 lakh medicinal plants.

During the course of study, it has collected 10,000 folklore claims, that are being practised since years and in most cases are passed on from one generation to another orally,” he said.

In order to preserve and validate the folklore claims, it is important that they may be properly documented and preserved, the minister said.

Noting that there is a need to conserve medicinal plants, Naik said the central government is committed to preserving all natural habitats — bio-reserves, national parks, reserve forests and others — for both terrestrial and marine resources.