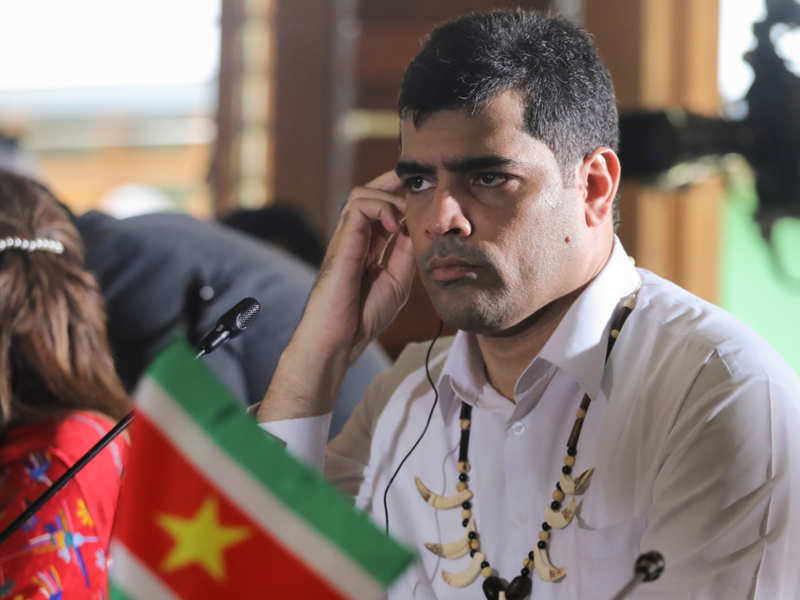 Working to establish the Ayurveda Chair with India: Vice President of Suriname

NEW DELHI: Seeking to deepen its cooperation with India, Suriname is currently working on establishing a collaborative Ayurveda Chair at a University in its capital and direct air connectivity between the two countries, Suriname’s Vice President Micheal Ashwin Adhin said.

In an interview to PTI, he also said, Bollywood will be most welcome to shoot films in his country.

The Suriname Vice President said his country is seeking to diversify relationship with India to deepen bilateral cooperation in a number of fields.

Tourism and agriculture are the two main areas of cooperation. But, we are diversifying our strategy to include other areas like bauxite, gold and oil. In 2024, we will start the second cycle of bauxite at the University of Suriname. These are new opportunities for the Indian government to invest, Adhin said.

The 39-year-old leader, a student of Indian scriptures, including the Upanishads, Vedas and Puranas, visited India last week to attend programs at the University of Delhi and a private University based in Punjab.

On cultural cooperation, Adhin said, work is underway on setting up an Indo-Surinami collaborative Ayurveda Chair at the University of Suriname in capital Paramaribo.

The latest amendments are being made on the subject (Ayurveda Chair). All tribal and indigenous knowledge must be systematized. And, we feel that the Ayurveda system has a very good international certification, with all the botanical details.

“We are working on it and a MoU is to be signed between the governments of India and Suriname to set up the Chair,” he told PTI in the interview.

During his visit, Adhin had met Prime Minister Narendra Modi on the sidelines of PBD conference and held meetings with ministers of AYUSH and the road transport and shipping.