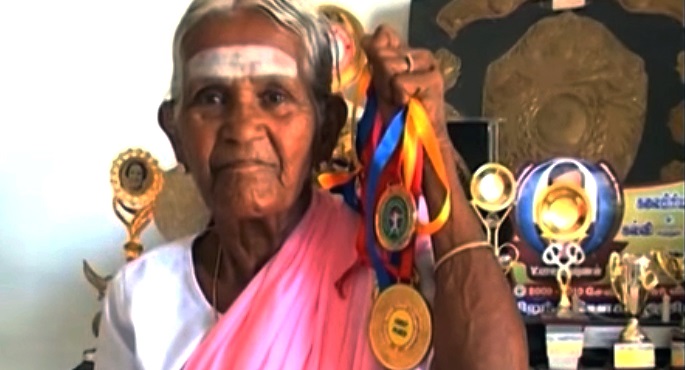 India’s oldest exponent and teacher of yoga, V Nanammal, has died at her home near Coimbatore, in the southern state of Tamil Nadu.

She was 99 and still teaching a hundred students a day until a few months ago.

Born into an agricultural family, she was taught yoga by her father.

She went on to master more than 50 postures or asanas, and trained more than a million students – hundreds of them now yoga instructors themselves around the world.

She became a popular figure on YouTube in her later years, still performing some of the most formidable yoga positions in her trademark pink sari.

A week ago, she fell from her bed and had been unwell since then, family sources said to PTI.

Speaking to BBC News in 2017, Nanammal attributed her good health to her daily yoga routine.

“Health becomes your priority and everything is achievable,” she said.