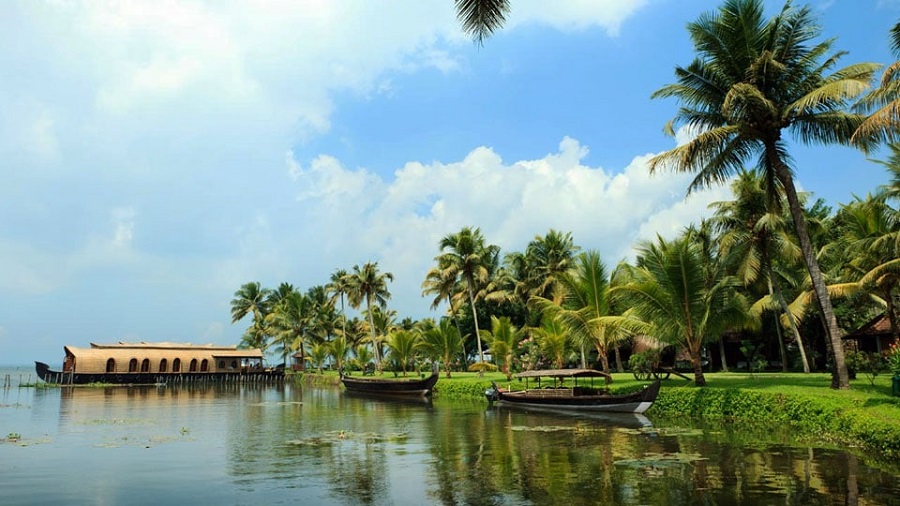 In an aggressive bid to make deeper inroads in Europe, Kerala Tourism conducted a string of road-shows by participating in the World Travel Market (WTM), London, and showcased products in the emerging markets of Scandinavian countries Denmark and Finland.

Kerala Tourism set up a pavilion, with the theme Human by Nature, its latest innovative marketing campaign that creates a beautiful symmetry between the states people and natures beauty.

The three-minute destination campaign film, part of a marketing blitzkrieg to refurbish Kerala’s touristy appeal beyond the Indian shores, triggered huge interest among the Londoners, a press release said.

A large number of meetings were held with various stakeholders – tour operators, leading travel publications and Outbound Tour Operators at the London pavilion, besides B2B meetings with the trade partners from Kerala.

Bala Kiran took part in the WTM Inspiration Zone panel discussion and presented various initiatives of Kerala Tourism that enabled it to bounce back from the devastating floods within just six months.

Tourism Minister Kadakampally Surendran said the road shows would strengthen the credentials of Kerala as a renowned destination in the product catalogue of London-based operators.

It would also help the state get a firm toehold in the Scandinavian region, which is a key travel source market in Europe.

It has a mature outbound-travel market, comprising those with a high propensity to travel and some of the highest per capita incomes in Europe. Road shows at Copenhagen and Helsinki will help us to tap Denmark and Finland market where citizens enjoy high standards of living and high disposable incomes, he said.

Incidentally, the UK ranks number one among the markets for Kerala in terms of tourist arrivals with 201,258 visitors coming to the state in 2018.

It has been our conscious strategy to hold road shows not only in our traditional strongholds like the UK but also in the new and emerging markets to drive up the tourist footfalls. It will help us present the heritage and traditions of Kerala to a wider number of travelers, Tourism Secretary, Rani George said.

Bala Kiran said the road shows had given an opportunity to Kerala to display an array of new tourism products and untapped destinations in the state.

Western Europe is our main market but we are expanding to Eastern Europe and Scandinavian countries also, he said.

At the road show in Helsinki, the Tourism Director made a presentation before the traders from Finland, providing the Kerala trade partners a chance to interact with the tour operators and travel publications of that country.

Nirmal Kumar Chawdhary, First Secretary/Head of Chancery, Embassy of India, Finland, attended the event as the chief guest, while at the road show in Copenhagen Indian Ambassador to Denmark Ajit Gupte was the chief guest.

Both the road shows concluded with the Go Kerala contest.

The winners were awarded the Go Kerala Certificate in which they can avail themselves of an eight-day-long holiday in Kerala.

Finland is an emerging market for Kerala with a tourist arrival of 2,488 in 2018.

Denmark is also an emerging market for the state with 7,851 tourists from that country visiting the state in 2018.