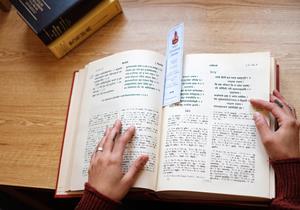 Naropa University is pleased to announce the launch of a new master’s program in Religious Studies with a Yoga Studies concentration that will offer rigorous academic and contemplative training in yoga through a combination of online coursework and in-person retreats. Naropa’s program is one of only a handful of graduate programs in yoga worldwide and blends the best of a traditional academic training in the history and philosophies of yoga with a deep engagement in the practical applications of yoga’s most transformative meditative practices.

The new master’s degree program is intended for yoga teachers and practitioners seeking to develop graduate-level expertise and linguistic proficiency in Sanskrit. It will prepare students for doctoral research in Indian yogic traditions, South Asian religions, and Indology. Those focused on modern postural yoga, such as sociology and anthropology will find the new program to be very valuable. The program is also suited for yoga teachers and practitioners who are interested in developing linguistic proficiency in Sanskrit and theoretical tools to enter the archive of India’s pre-modern Yogic traditions.

Graduates of Naropa’s Yoga Studies program will be in a position to serve as responsible and historically sensitive stewards of yogic traditions and prepared for a career in the expanding field of yoga research or creative entrepreneurial and service-oriented work in yoga communities worldwide.

“It is important to cultivate discernment in the sense of a historical awareness: the ability to discern many different streams in yogic traditions, and understand their fundamental orientations, outlooks, and practices,” said Assistant Professor Ben Williams, PhD. “This means not letting these different streams all get mixed up into a very vague notion of yoga, but actually appreciating the depth and integrity of each. And thus when we draw from each lineage, we gain greater access to its transformational power. I think that discernment is something that is missing in the broader world of modern postural yoga.”

Over the past three decades, the yoga industry has been in the process of unprecedented financial growth and cultural flowering. A study conducted by Yoga Journal and Yoga Alliance in 2016 showed that in America alone, the number of people practicing yoga has risen to 36 million, up from 20.4 million in 2012. The same study found that thirty-four percent of Americans, or upwards of 80 million people, said they were likely to try yoga for the first time in the next 12 months. As Naropa president Chuck Lief notes, “Naropa University, as the birthplace of the modern mindfulness movement, was founded to support the rigorous study and application of contemplative practices such as yoga, mindfulness, and compassion in their modern forms and which also honors the origins of these practices in the world’s great spiritual traditions.”

Learn more and apply at: https://www.naropa.edu/academics/masters/religious-studies/yoga-studies/index.php