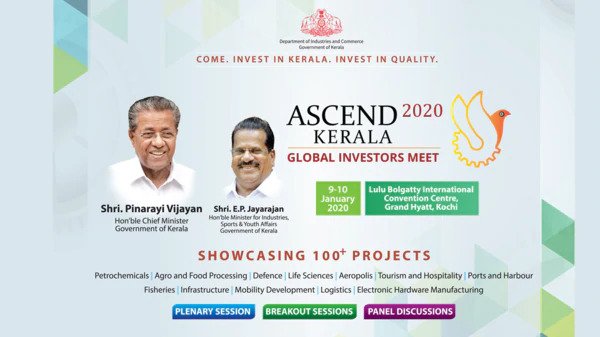 Kerala to bet big on Ayurveda

Kerala, which possesses a rich tradition of Ayurveda, is finally set to invest big on the ancient healthcare sector.

The new focus on Ayurveda is driven by the fact that there is an increased dependence on the traditional medicinal system globally to fight lifestyle and non-communicable diseases.

While the state government has planned a series of initiatives, the setting up of an International Ayurvedic Research Centre weighs high among its scheme of things.

"The government started thinking seriously about the development of the sector since the last three years...we've started setting up an International Ayurvedic Research Centre at Kalliyad in Kannur," Health Minister K KShailja said during the ASCEND 2020 Global Investors Meet held at Kochi on December 9 and 10.

The first phase of the project, being implemented under the monitoring of renowned physical Dr M S Valiathan, entails setting up of a manuscript study centre, hospital building and a museum. Nearly 36 acres identified for the project has been acquired and handed over to the Ayurveda department.

Similarly, the state government has conceived the establishment of a Medicinal plant Preservation & Processing unit at Punalur in Kollam district besides a Livescience park in Thiruvananthapuram.

Though the state boosts of improved health indices, non communicable diseases like diabetes and high blood pressure are on the rise. Experts now feel that it's time to explore integrative practice of Ayurveda to treat chronic diseases.

"Kerala is known for the rich tradition of Ayurveda. Modern medicine can be complimented with the traditional natural ones. The hurdle though is the transmission of Ayurveda to the mainstream," noted Rajeev Vasudevan, Founder, AyurVED hospitals.