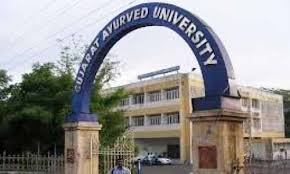 Institute of Teaching and Research in Ayurveda Bill 2020 introduced

The government has introduced a Bill in the Lok Sabha which proposes to confer the status of Institution of National Importance to a cluster of Ayurveda institutions in Gujarat after merging them.

Minister of State for AYUSH Sripad Yesso Naik introduced the ‘Institute of Teaching and Research in Ayurveda Bill 2020’ in the House on Monday amid protest from Opposition parties who accused the government of neglecting similar institutes in Kerala and West Bengal.

The Bill seeks to conglomerate the Institute for Post Graduate Teaching and Research in Ayurveda, Shree Gulabkunverba Ayurved Mahavidyalaya, and the Indian Institute of Ayurvedic Pharmaceutical Sciences, all located in the campus of the Gujarat Ayurved University at Jamnagar, by establishing them as one institution and confer the status of Institution of National Importance on it. The proposed institution will be named as the Institute of Teaching and Research in Ayurveda.

It also provides for subsuming the Maharshi Patanjali Institute for Yoga and Naturopathy Education and Research into the proposed institute and establish it as a department of ‘Swasthvritta’.

Elevation of the proposed institute to the status of institution of National Importance will provide it autonomy to take key decisions like framing of courses, adopting advanced valuation methodology and the like.

Opposing the Bill, Congress member Shashi Tharoor accused the government of being selective in choosing institutions for grant of institute of national importance status. He charged the Centre with neglecting the Thiruvananthapuram Government Ayurveda College, set up in 1889.

Similarly, Trinamool Congress (TMC) member Saugata Roy asked why the government was not considering grant of the status to the Ayurveda institutions in Kerala and West Bengal which had “glorious Ayurvedic traditions.