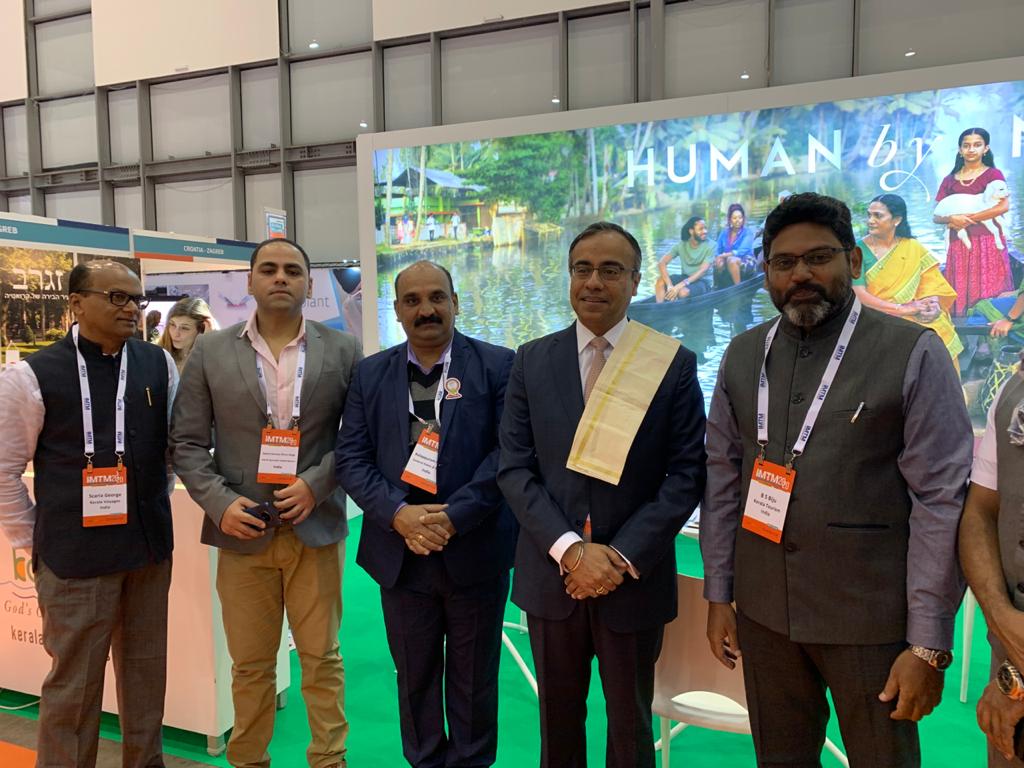 Kochi: With a view to make deeper inroads into the Mediterranean region, Kerala Tourism displayed a range of its touristy appeal by participating in the two-day IMTM (International Mediterranean Tourism Market) at Tel Aviv in Israel.

It was for the second time that Kerala participated in February 11-12 IMTM, the only professional exhibition for the tourism trade market in Israel.

“The exercise is part of our aggressive plans to scout for new markets in the Middle East in a bid to substantially increase footfalls from that region,” Tourism Minister Kadakampally Surendran said.

The delegation held many key meetings with trade partners from Israel. It also had a meeting with the CEO of Arkia Airlines.

The Kerala pavilion was splashed with the theme of “Human by Nature”, a three-minute new campaign film launched to appeal to high spenders and backpackers. Large backlit wall of the theme attracted a lot of visitors while brochures were distributed to potential tour operators.

The IMTM, the largest annual professional tourism fair of its kind in the Eastern Mediterranean, provides tourism trade a platform to meet outbound buyers and suppliers based in Israel.