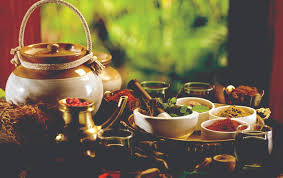 New Delhi: The ancient wisdom of Ayurveda and Yoga have evolved much in the last few years and are now globally recognised not only as a means of Wellness but also that of happiness, Indian Commerce Minister Piyush Goyal has noted.

He was speaking during a curtain raiser for the fourth Global Ayurveda Festival (GAF), scheduled at Angamaly in Kerala from 16th to 20th May. The theme for the five-day event is Ayurveda Medical Tourism: Actualizing India's credibility.

It will be the largest Ayurvedic event ever to be held anywhere across the world and will witness the largest gathering of experts, stakeholders and business explorers from the field of Ayurveda.

“It’s only because of the exceptional zeal of Prime Minister Narendra Modi that the Ministry of AYUSH was established in 2014…The Prime Minister's effort has brought laurels to both Yoga and Ayurveda being recognized as not only means of wellness but also means of happiness,” the minister said during the promotional event held at New Delhi on Thursday evening.

The declaration of 21st June as International Yoga day is one such example which displays the concerted efforts various ministries have taken under the vision of Prime Minister Narendra Modi to promote Yoga and Ayurveda, Goyal said.

AYUSH Minister Shripad Naik said his Ministry will hold the first International AYUSH Investment Summit in New Delhi this year and Prime Minister Narendra Modi will participate in the summit.

The ‘GAF-2020’ will witness participation of over 5000 international delegates and over 500 stalls. The highlights of the event include ethnic food carnivals, exhibition of rich medicinal plants and workshops on Panchkarma. Ayurveda Tourist Centres and Spas giving rejuvenation therapy and their potential curative aspects will be showcased. GAF-2020 will bring together the world of Ayurveda wellness providers and its seekers under one platform.