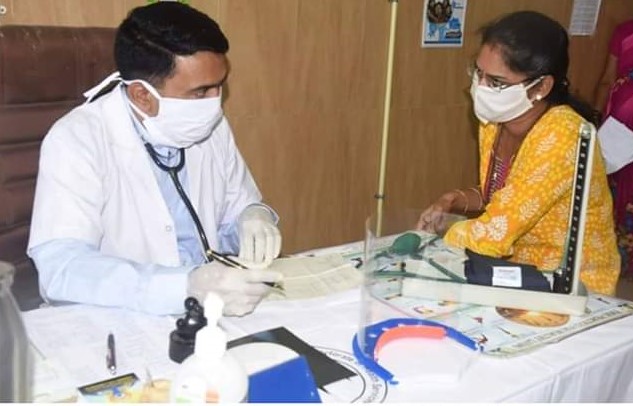 Goa CM dons his ‘doctor’ hat after a decade

Panaji: Patients who poured in at a government health facility in North Goa the other-day was surprised to see the chief minister himself examining the sick and administering treatment.

Chief Minister Pramod Sawant, himself a Bachelor of Ayurveda Medicine and Surgery (BAMS), chose to celebrate his 47th birthday on Friday by revisiting the old days as an ayurvedic practitioner. He returned to the Asilo Hospital in Mapusa where he had practised till 2008 before taking the plunge into politics.

“Serving the people has always been my passion and source of immense satisfaction. On my birthday today, I volunteered to join the team of doctors at OPD of the District hospital Mapusa,” Sawant said in a social media post.

Officials said the chief minister spent half a day at the hospital, going for rounds and also examining patients.  “I’m examining patients at this hospital for the first time since 2008, when I was employed here,” he added.

Sawant, a Bachelor of Ayurveda, Medicine and Surgery from the Ganga Education Society’s Ayurvedic Medical college in Kolhapur, Maharashtra, said he volunteered to don the doctor’s coat again to show support to the medical team fighting from the frontlines in the battle against Covid-19.

He welcomed the new ordinance making attacks on doctors an offence punishable with a jail term of seven years. “Stringent laws enacted by the Union Government against such (recent) attacks are the need of the hour… We should support the corona warriors including medical and para-medical fraternity to set an example for others to follow and fight against this pandemic,” he said. Goa recently became the first Indian state to become Covid-19 free.