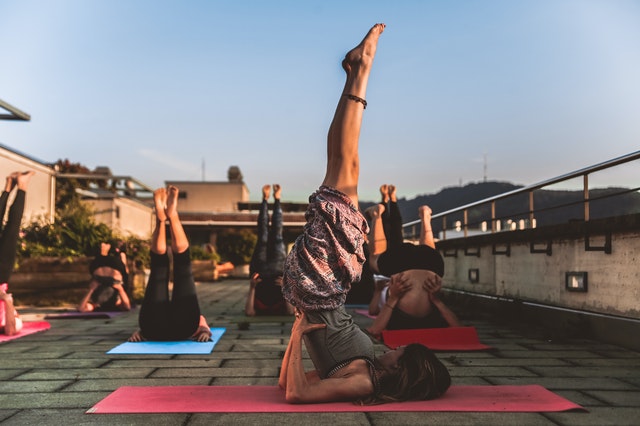 Yoga may ease depressive symptoms in people with diagnosed mental disorders. The more weekly sessions completed, the greater the effects are likely to be, according to a new study.

A total of 19 relevant international clinical trials held in the United States, India, Japan, China, Germany and Sweden were analyzed as part of the systematic review and meta-analysis of existing research. The finding has been published in the British Journal of Sports Medicine.

“This is a great result to now encourage people who might be thinking about trying Yoga that there's some scientific evidence that it can be effective for helping reduce depressive symptoms,” said exercise physiologist and study author Jacinta Brinsley, a doctoral candidate at the University of South Australia.

The new analysis found the number of sessions per week moderated the effect of Yoga on depressive symptoms. According to experts, the finding can be made a basis for design of future Yoga interventions targeted at depressive symptoms in people with mental orders. Interventions should aim to increase frequency of their sessions per week, as opposed to the duration of each session or the overall duration of the intervention.

People living with mental disorders commonly experience depressive symptoms. For instance, 25 per cent of people diagnosed with schizophrenia and 81 per cent of those diagnosed with anxiety disorder have depression, the leading cause of disability worldwide with over 340 million being affected.

“Exercise has always been a great strategy for people struggling with these feelings as it boosts both mood and health. But as gyms and exercise classes of all kinds are now closed. People are looking for alternatives, and this is where yoga can help,” Brinsley added.

Participants did an average of one to two weekly yoga sessions between 20 and 90 minutes long, in which at least half the session was physical movement. The Yoga sessions were continued for an average of 2.5 months in the studies.

The results showed that Yoga moderately eased depressive symptoms compared with no or self-help treatment across the mental health spectrum, with some conditions benefiting more than others. The effects were most noticeable for depression and schizophrenia, and to some extent, for alcohol misuse.