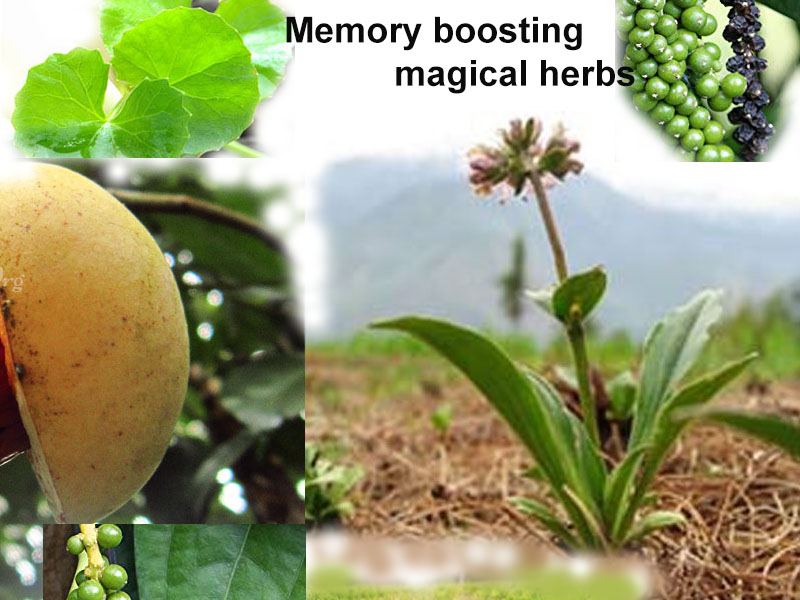 Today there are various medicines flooding the market with ‘Memory booster’ claims. But how much truth is there in these assertions? In olden days, people used to rely on medicinal herbs to cure their medical conditions. Renowned Dietitian Srishti Arora touches on a few such herbs, used for improving the cognitive health, mentioned in Ayurveda texts.

Jatamansi, also known as “tapaswani” in Ayurveda, acts as a brain tonic and helps in improving memory and brain functions by preventing cell damage due to its antioxidant property. Jata means hair and mansi refers to human. The fibres-like short hairs of this herb are possessing rich medicinal properties. Grind the herb in whole and mix it with one cup of milk. Regular intake of the drink sharpens your mind. The natural drug is prescribed for mental ailments like schizophrenia, epilepsy, stress, anxiety and depression and induces sleep.

Bacopa monnieri or brahmi, is mainly administered for Alzheimer’s disease, improving memory, anxiety and attention deficit hyperactivity disorder (ADHD) among other uses. It has also been used to treat inflammatory conditions such as arthritis. Brahmi was chronicled in several ancient Ayurvedic texts including the Caraka Samhita and the Susrata Samhita where clear reference was made to its actions on the Central Nervous System (CNS).

Turmeric contains a polyphenol Curcumin which has got antioxidant, anti-inflammatory and chemopreventive properties. Curcumin reduces oxidative damage and improves cognitive functions related to the aging process. Individual studies have found out that Curcumin results in no loss of cognition in the treatment group and helps a person to improve his concentration and memory.

Black Pepper too has many medicinal properties because of the presence of a chemical called Piperine which has a relaxation effect on the cells of the body and the brain. It also helps overcome depression. That’s why black pepper is a highly recommended spice in cooking.

Nutmeg, a commonly available Indian spice, has a calming effect when consumed in smaller doses. It’s especially recommended in curing insomnia. According to Ayurvedic experts, drinking a glass of warm milk after adding a pinch of nutmeg before going to bed will be beneficial. It will induce sleep besides de-stressing the mind.

Srishti Arora is a well known Dietitian/ Nutritionist. She is the Managing Director of Nutrivarcity, New Delhi