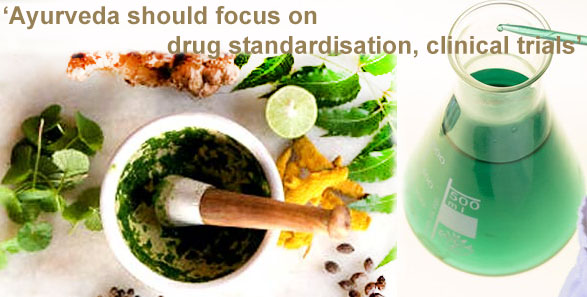 While there is no doubt about the efficacy of Indian traditional medicinal system ‘Ayurveda’, the sector should adopt proper regulatory measures like drug standardisation and initiate large scale clinical trials so as to build confidence among people, according to Dr M S Valiathan, a renowned physician who pioneered the integrated treatment approach.

“Standardise Ayurvedic Drugs. (Currently) there is not much confidence (among the people) in its use… quality control is also poor. There are only four or five volumes of the Ayurvedic pharmacopoeia and they don’t cover most of the formulations sold in the market. A time should come when all these (formulations) find place in the pharmacopoeia,” Valiathan, a noted cardiologist who later studied the science of Ayurveda, said.

He was speaking as the Guest of Honour during the 11th episode of AYUR TALKS being organised by the World Ayurveda Foundation in co-ordination with Vijnana Bharati.

“All common ailments, 80 per cent of them, should have a treatment protocol under the Ayurveda. The same should be developed on the basis of clinical trials. Only Ayurveda physicians need to be involved and (there’s) no need for Modern Medicine experts. But a statistician needs to be associated. Statistics should be taught in Ayurveda colleges so that it’s easy to develop a protocol, covering all Common illnesses. This will help people have confidence in the ancient healing science. The clinical trials, drug standardisation and the like should all be initiated,” he added.

Dr Valiathan, who was instrumental in the creation of low-cost artificial heart valve, suggested Ayurveda should make use of technology for diagnostic purposes.

“Diagnostics is heavily dependent on technology… However, (currently) Ayurveda cannot have any of these… Technology, it does not belong to Modern Medicine. Ayurveda physicians should use technology for accuracy. You should use these instead of developing (them). It’s already happening…Many hospitals like Kottakkal, uses technology in the screening process itself,” he added.