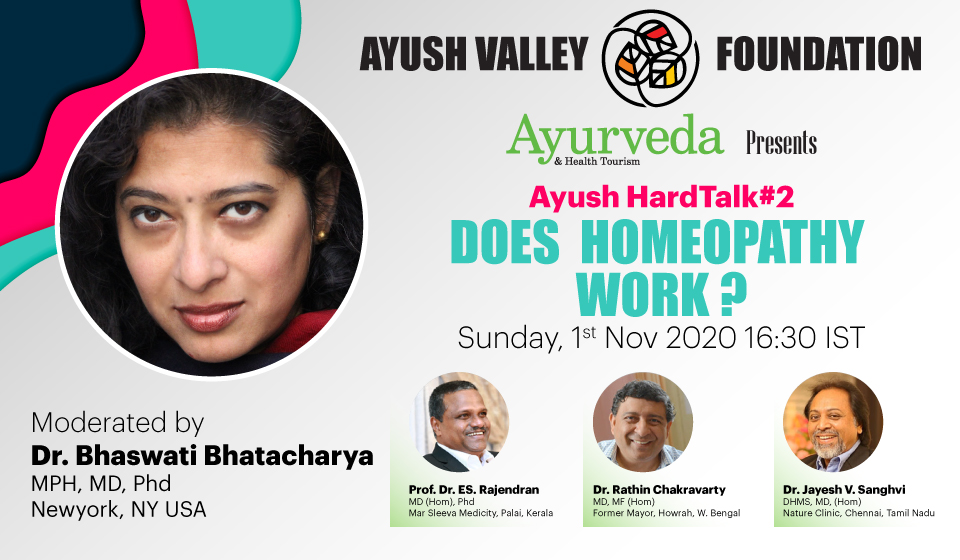 Integrative approach, the need of the hour: Dr Rathin

An integrative and individualized treatment approach that combines Homeopathy with modern medicine or other natural medical systems like Ayurveda should be initiated so as to get the best possible results, veteran homeopath Dr Ratin Chakravarthy said on Sunday.

He was speaking as a panelist in the second of the ‘Ayush Hard Talk’ webinar series on the topic ‘Does Homeopathy Work’. The hard-hitting debate series is being organized by the Ayush Valley Foundation in association with the Ayurveda and Health Tourism Magazine.

“Future of medicinal streams like Homeopathy is very bright. The scientific validation of the drugs through clinical trials will prove their efficacy which may even better the modern medicine in some cases,” Ratin, former Mayor, Howrah, West Bengal, added.

“Homeopathy brings in a new concept that has been found effective in treating many chronic illnesses. For instance, when a severe outbreak of dengue occurred in the state of Kerala, the Homeopathic medicines like X-ray 200 and Bryonia Alba worked wonders and a large number of people shifted to homeopathic treatment,” said Prof Dr E S Rajendran of Mar Sleeva Medicity, Pala, Kerala, observed.

“..We need to reach out to the authorities and exhort them to take measures for development of natural medical systems like homeopathy. The scientific evidences and validation are only going to enhance their acceptability,” noted Dr Jayesh V Sanghvi of Nature Clinic, Chennai, Tamil Nadu.

The ‘Ayush Hard Talk’ series was rolled out on October four when the initial episode on the topic ‘Why this conflict between Modern Medicine and Ayurveda’ received an overwhelming response. Dr Bhaswati Bhattacharya, MD MPH (Harvard) PhD (Ayu-BHU), moderates the over one-hour sessions being held on the first Sunday of every month.