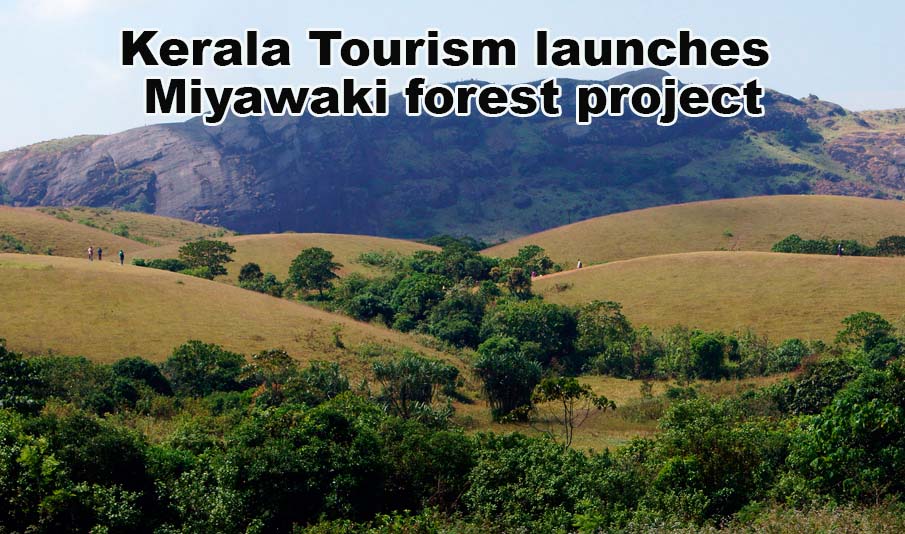 In a major initiative to shore up green cover, Kerala Tourism has launched a project to create Miyawaki model micro forests at 22 tourism spots in 12 districts across the south Indian state.

As many as 30,000 saplings will be planted in 1.84 acres using the Japanese method of afforestation.

Miyawaki is a technique pioneered by Japanese botanist Akira Miyawaki, that helps build dense, native forests in a short time. It has revolutionised the concept of urban afforestation by turning backyards into mini-forests. This method includes planting trees (only native species) as close as possible in the same area which not only saves space, but the planted saplings also support each other in growth and block sunlight reaching the ground, thereby preventing the growth of weed.

The saplings become self-sustainable after the first three years. The approach is supposed to ensure that plant growth is 10 times faster and the resulting plantation is 30 times denser than usual. Miyawaki method helps to create a forest in just 20 to 30 years, while through conventional methods it takes anywhere between 200 to 300 years.

“Creation of micro forests that compare well with natural forests would make the tourist destinations in the state, especially those in urban areas, environment-friendly,” said State Tourism Minister Kadakampally Surendran while launching the initiative by planting a sapling at the famed Shanghumukham beach in the state capital Thiruvananthapuram.

Two micro-forests each are being planned in 10 districts while one each is being implemented in Thiruvananthapuram and Pathanamthitta. In the initial phase, Wayanad and Idukki have been left out as these districts already have a good forest cover. The different pieces of land in each district will be identified by Kerala Tourism, and indigenous varieties of saplings will be planted.