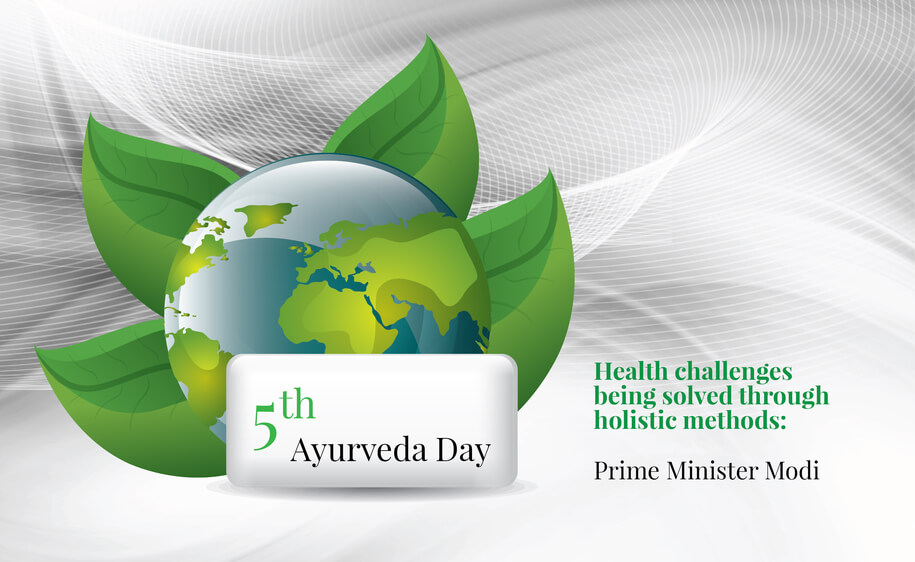 With a shift in focus from ‘curative’ to ‘wellness’ treatment, the importance of holistic and integrated medicine systems for overall wellness and health of the people has been recognised world-wide, Prime Minister Narendra Modi said on Friday.

He was speaking while dedicating to the nation two future-ready national premier Ayurveda institutions -- Institute of Teaching & Research in Ayurveda (ITRA), Jamnagar as an Institution of National Importance (INI), and the National Institute of Ayurveda (NIA), Jaipur as a Deemed to be University by the University Grants Commission, to mark celebration of the 5th Ayurveda Day.

“…India’s traditional systems of medicine have amply demonstrated to the world the power of Ayurveda. It is now important to develop scientific evidence-based research structures to integrate with the modern knowledge repositories to move ahead in the 21st century. Integrative medicine is the need of the hour. While India has been known as Pharmacy of the World, with evidence-based research, we can take traditional medicine systems and Ayurveda to new heights,” the prime minister said.

Modi pointed out that during the Corona period the demand for Ayurvedic products has increased rapidly all over the world. He said exports of Ayurvedic products increased by about 45 per cent in September this year compared to the previous year. He added the significant increase in export of spices like turmeric, ginger, considered as immunity boosters shows the sudden boost in confidence in Ayurvedic solutions and Indian spices across the world. He said that during the Corona period, the focus is not only limited to the use of Ayurveda alone but to advance research related to AYUSH in the country and the world.

The Prime Minister emphasized that Ayurveda is not an option anymore, but forms a fundamental pillar of the country’s national health policy and health interventions. He urged the private sector and the start-ups industry to study the global demand for Ayurveda globally, and to become champions for ‘VocalForLocal” across the world with their new developments in this field. “We shall become the ones to herald a change in the health and wellness sector across the world,” he stated.

Stressing on the importance of wellness, the Prime Minister mentioned about establishing 1.5 lakh Health &Wellness Centres across the country as part of the Ayushman Bharat yojana. Of these, 12,500 centres will be AYUSH Wellness centers with focus on integrative medicine systems.

Director General of World Health Organisation (WHO), Dr Tedros Adhanom Ghebreyesus gave a video message on the occasion and praised the Prime Minister’s commitment to the universal coverage under Ayushman Bharat and evidence-based promotion of traditional medicines to achieve health related objectives. He announced the setting up of the Global Centre of Traditional Medicine in India. Dr Tedros said Ayurveda is an Indian heritage and it is a matter of happiness that India's traditional knowledge is enriching other countries also.

Ministry of AYUSH has been observing ‘Ayurveda Day’ every year on the occasion of Dhanwantari Jayanti (Dhanteras) since 2016.