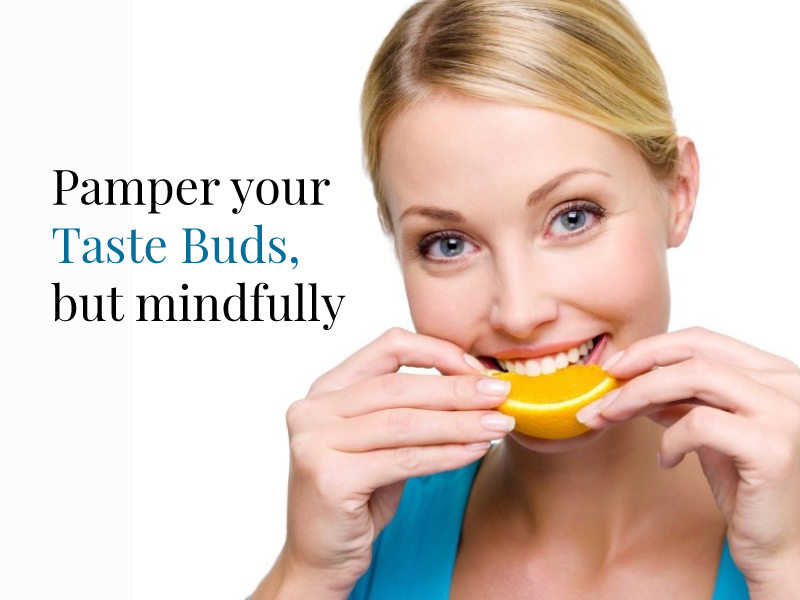 Pamper your taste buds, but mindfully

It is often said, “Food is all about taste”. Yes, taste is the essence of all food items and manufacture of taste-making additives is a money-spinner industry, often with deleterious consequences for the general health of the global population.

In an age of junk food and hazardous taste-enhancing additives, it is tough for most to remain vigilant about the kind of food they consume. Ayurveda acknowledges the importance of taste in determining human food consumption patterns, but urges caution. Eat mindfully, that is the Ayurvedic dictum.

Food is the basis of life and taste forms the basis of food. Acharya Sushrutha has rightly stated the importance of food and their various types.

According to Ayurveda – rasa or taste, is a powerful therapeutic tool that determines not only how we experience our food but as a component that will help in maintaining an equilibrium of body, mind and spirit.

Ayurveda recognizes six tastes, namely- sweet, sour, salty, pungent, bitter and astringent tastes, which combine in countless ways to create the incredible diversity of flavours we encounter throughout our lives. Each taste has an effect on all our body components. When these bodily components are out of balance, the six tastes can help repair this imbalance.

Ayurveda recommends including each of the 6 tastes in every meal in order to provide proper nutrition to the person. This is said to be the key for a healthy life.

Our ancestors have formulated a particular pattern in food intake which is followed by all of us during festivals and other occasions.

The order of the meals served during holy rituals and festivals commences with sweet dishes like rice with ghee/payasam/kheer pacifies acidity which is formed in empty stomach and aids in moistening food so as to digest them properly in the stomach.

Later, sour and salty tasting foods are added to rice which kindles the digestive power which is regulated by taking pungent and bitter tasting foods next(like rasam, sambar).

Lastly, the meal is concluded with buttermilk or even intake of betel nut/pan which is astringent in taste. This controls formation of kapha in excess. Thus an ideal environment is created by following this method.

In the recent years due to western influence, people are drawn towards regular intake of foods like pizza, burger and also skipping the above pattern of food intake and untimely food intake which has led to lifestyle disorders.

Ayurveda has again given an answer for this. In treating the diseases/ signs and symptoms by utilising these tastes judicially.

Thus, judicial intake of foods with different rasas is the guarantee for good health, along with good taste.

Eat a bowl of daliya daily for quick weight loss