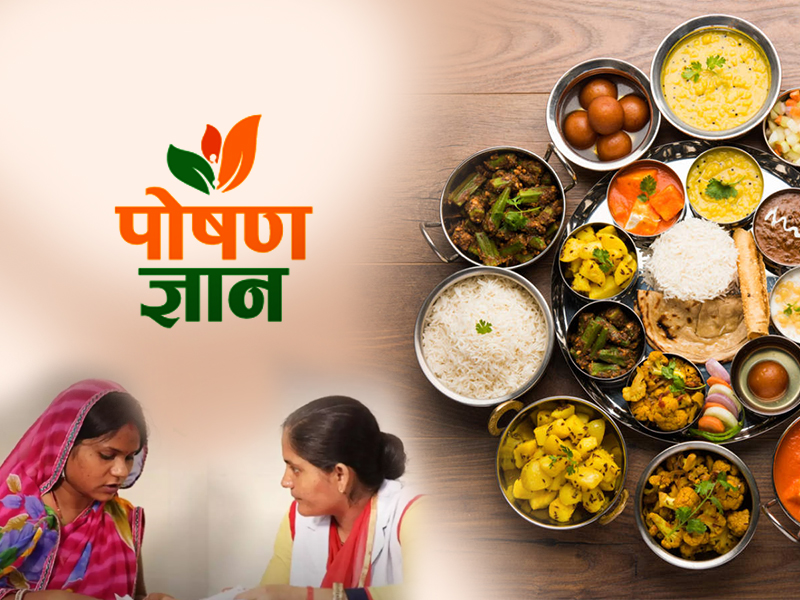 NITI Aayog, the premier policy thinktank of the Government of India, has launched an ambitious initiative to combat malnutrition in the country. Named Poshan Gyan, the initiative involves creation of a national digital repository on health and nutrition.

NITI Ayog has launched the initiative in partnership with the Bill and Melinda Gates Foundation and Centre for Social and Behaviour Change at the Ashoka University. Described by Dr. Rajiv Kumar, Vice Chairman, NITI Ayog, as ‘a landmark moment’, Poshan Gyan seeks to address a major contradiction in Indian society—persistence of high levels of malnutrition among the population despite India being a food-surplus nation.

Said Dr. Raji Kumar, “Real change can be brought about only by changing behaviours on the ground. High malnutrition persists despite India being a food-surplus nation, which points towards a clear need for behavioural change. With this context in mind, Poshan Gyan is an extremely important initiative, and can help make nutrition a Jan Andolan, as envisioned by our Prime Minister”.

Speaking on the occasion, Amitabh Kant, CEO, NITI Aayog, said the challenge of malnutrition “should be solved by targeting vulnerable sections, such as pregnant women, lactating mothers and children below the age of 6 years by transmitting behavioural insights. The strategy can also be used to influence behaviours on breastfeeding, immunization, and many others”.

The Poshan Gyan repository has been conceptualized as a resource base with communication materials on 14 thematic areas of health and nutrition across diverse languages, media types, target audiences and sources. Content for the repository was sourced from the Ministries of Health and Family Welfare and Women and Child Development and developmental organizations.

The website provides an intuitive interface with features such as multi-parametric search, multiple downloads at a point in time, easy sharing of materials via social media and easy viewing on any type of smartphone. The repository introduces a unique crowdsourcing feature that allows anyone to submit communication material for inclusion on the website, followed by a review by a designated committee.

The portal will have a “Theme of the Month” in line with MoHFW and MoWCD guidelines to promote key topics and the “Most Downloaded Media” as a way to learn about the materials that are most preferred by audiences. It also provides links to other important sites and resources, such as the webpages of MoHFW, MoWCD, NITI Aayog, AnemiaMukt Bharat, EatRightIndia, among others.

Ram Mohan Mishra, Secretary, MoWCD, pointed out that the crowdsourcing feature of the site can be used to disseminate nationwide solutions that have proved successful in local contexts, such as the use of a traditional grape-based concoction that was recently found to be efficacious in combating anaemia in Tamil Nadu.