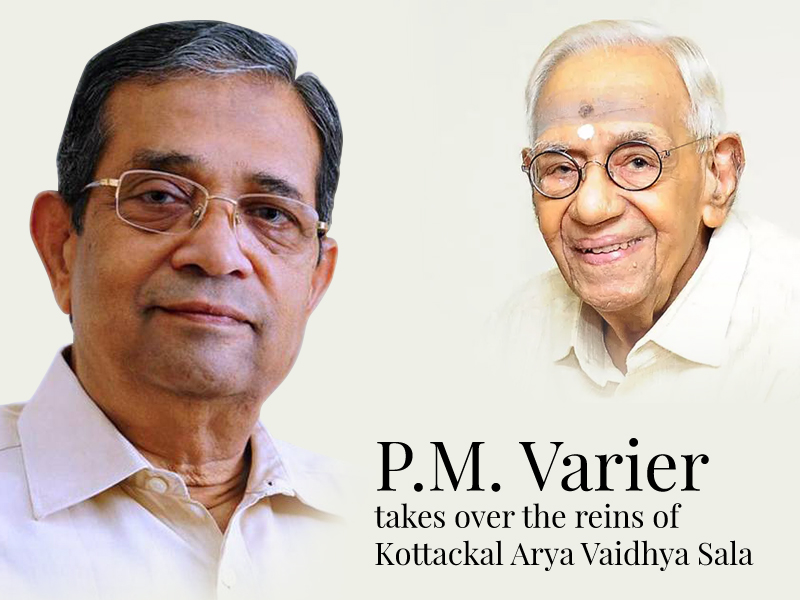 P. Madhavankutty Varier has taken over the reins of the 119-year old Kottackal Arya Vaidya Sala. This follows the demise of Dr. P.K. Warrier, who helmed the renowned institution for nearly seven decades.

Dr. Varier, who will turn 74 in December, began his career as an Assistant Physician at the Arya Vaidya Sala in 1969 after obtaining a Post Graduate Degree from the Government Ayurveda College, Thiruvananthapuram.

Dr. Varier is also a Member of the State Ayurveda Advisory Committee and the Union Government’s Ayurveda Siddha Unani Drug Technical Advisory Board.

Recipient of the State government’s Dhanwantari Award in 2014, Dr. Varier is a fellow of the Rashtreeya Ayurveda Vidyapeeth since 2009.

Responding to his elevation as the Managing Trustee of the Arya Vaidya Sala, Dr. Varier said  his effort would be to carry on the great legacy left by his uncle and strive to take Arya Vaidya Sala to greater heights. He said Dr. Warrier’s passing was a great blow to the Arya Vaidya Sala family, especially at a time when COVID-19 was posing an array of challenges.