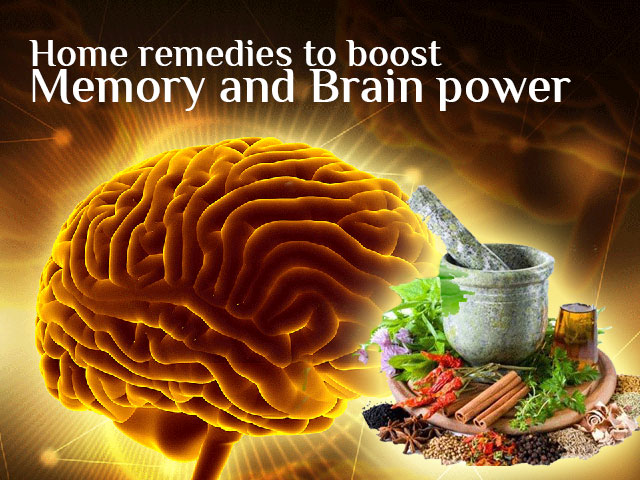 Now that the Covid-19 pandemic has begun to show signs of retreat, the possibility of recruiting agencies in the public, private and cooperative sectors conducting competitive examinations has brightened. In India, there is going to be a flurry of examinations—the Civil Service Examination, Banking Service Recruitment Board examinations, State Public Service Commission examinations, etc.—as the reopening happens. It is literally going to be a challenge for each candidate, as each of these examinations test not just the cognitive skills, but also the brain’s power of retention of information gathered over the past two years and more.

Nutritive food and proper exercise do play an important part in the development and retention of memory, but these need to be backed up with external supplements and stimuli. Ayurveda has a treasure trove to offer here, both in terms of knowledge about ways to stimulate the brain and in terms the herbal backup that each individual can depend on to improve his/her memory.

Memory is one among the most impressive and wonderful aspects of the human brain. By definition, memory is the ability of the body to retain information and recall them after short or long periods of time. However, Ayurveda considers memory not only as a simple retention of information. It sees memory as a ‘flower’ blooming from attention, concentration, intelligence, and quality of life.

Ageing is an easily understood reason here. So are diseases such as Alzheimer’s and Parkinsonism. And also, accidents that damages the brain. But there are others that affect people’s power of recollection during their active life. Stress arising from modern lifestyle, for instance, is one of the most important among them. That is where Ayurveda comes in. And some of the remedies to memory impairment that Ayurveda offers can be done at home.

We can improve our memory considerably by using certain herbs which contain specific molecules known as ‘nootopics’. Researchers have found that a molecule acting as ‘nootopic’ can increase the level of Acetylcholine, the neurotransmitter in the brain, improve oxygen supply to the brain and ensure supply of more neuro-chemicals (such as certain enzymes and hormones) to the brain.

In Ayurveda, the herbs that promote memory and intelligence are called ‘medhya oushadis’. In India, several medhya-herbs are traditionally in use which are non-toxic and without side effects as compared to compounds that perform the same function. Chinese traditional medicine also has its own herbs for enhancing a person’s cognitive power. They all work on different mechanisms but here we mention only those herbs which are mentioned as brain-boosters in Ayurveda.

One point to remember is, all these herbs form part of specific drug formulations such as Chyavanaprasam, Saraswatharishtam, etc., which one should take only after consulting an Ayurvedic physician.

Here are a few of the home remedies to boost memory:

Kudangal or Muthil (Centella asiatica), known in Sanskrit as Mandukparni is a very common plant in Kerala. It is well known for its brain-boosting activities, which has earned it the name: ‘Sthalabrahmi’. It has been proved to be very effective in enhancing blood circulation in the brain which, in turn, can improve concentration, making the brain more receptive to information retention.

Use of this composition has given positive results even from mentally retarded children. Kudangal-leaf juice ground with gooseberry can be mixed with honey when it has to be given children. The whole plant also can be pressed to get the juice, which can be served with butter. It is better to use this medicine in early the early morning.

The Indian Gooseberry (Emblica officinalis), popular by the name Nellikkai, is also well known for its power to increase memory-power. It has been scientifically proved to have a direct effect on the amount of functional Acetylcholine, the neurotransmitter in the brain. It can effectively reverse drug-induced memory deficits and is now being used in the management of Alzheimer's disease. Thriphalachoornam, Chyavanaprasam, etc., contains the fruit of gooseberry which, in its fresh state, is a rich source of Vitamin C, Vitamin B Complex, Calcium, Iron, Albumin and Cellulose. The fruits can be taken as fresh juice or along with milk.

Brahmi (Bacopa monnieri) is traditionally used as learning and memory-enhancer and as herbal cure for lack of concentration, anxiety disorder etc. It is a constituent of Saraswatharishtam and Brahmikhrutham, Manasamithram Gulika,  Mahamanchishtadhi Kashayam etc. Brahmi is a well-known ‘nootopic’ due to the presence of bioactive constituents like brahmine, steroidal saponins which experimentally proved to be memory-enhancers. Those who worry about frequent lapses in memory can take Brahmi (ground and sun-dried in shade) along with cow-milk. It is better to use it with fresh milk and in empty stomach. Fresh Brahmi-juice also can be used in the same way. In case of children, it can be mixed with butter or honey in empty stomach.

Known as Vacha in Hindi Vayambu (Sweet Flag: Acorus calamus) is herb you can’t avoid if you are musician (vocalist) or a student. It can improve your concentration and enhance your power of acquiring information. Known in Sanskrit as Ugragandha, the medicinally useful parts of the plant include the scented leaves and rhizomes which can also have a neuro-protective effect. Traditionally Vayambu is dried and then powdered. It is mixed with Brahmi and taken internally. If available, more ingredients such as Kudangal (Centella), Mustard, Naruneedikkizhang (Root of Hemidesmus indicus), Kottam (Indian Costus), Thippali (long Pepper) and Rock Salt can be added.

The roots of the plant, known in Sanskrit as Ashwagandha (Withania somnifera) due to its smell of horse, is one among the most remarkable memory-booster in Ayurveda and it has earned the nickname as ‘Indian Ginseng’. As per modern research, it can even reverse memory-loss caused by Electro-Convulsive Shock Therapy. Well-known in Malayalam as Amukkuram, it can improve the brain, nerves, function of the heart and it is well known for its power to improve sexual power in men. Its powder (purchased as such or made) can be taken with milk or ghee. It can be given to children as well as old aged people.

If you are lethargic during daytime and has anxiety and stress, but is getting only little sleep at night, all you need is a cup of ‘tea’ made up of Shankapushpam (Convolvulus pluricaulis) and Tulsi. It is the most popular psycho-stimulant and tranquiliser used in Indian traditional medicine. The plant as a whole contains β-sitosterol, vitamin C or ascorbic acid, vitamin E and various other compounds. One teaspoonful powder of this can be taken twice daily along with a cup of milk. The ‘tea’ can also be made using one cup of water to which three flowers of Shankapushpam and six leaves of Tulsi can be added, boiled and taken hot.

Liquorice is actually the name applied to the root extract of the plant known in Malayalam as Irattimadhuram (Glycyrrhiza gabra). It is known in Ayurveda as ‘Medhyadravya' due to its therapeutic usage as a brain tonic and brain re-vitalizer. The liquorice has been shown to boost the learning skills in mice and so scientists believe that its strong neuro-protective effect can make it a potent medicine for Alzheimer's disease.

Powder half-a-pound each of Irattimadhuram-root, dried Ginger (Chukku), Cumin seeds, Cardamom and dry-fried paddy grain (Malar). Mix 5 grams of this powder with cow-ghee and take it internally for good effect.