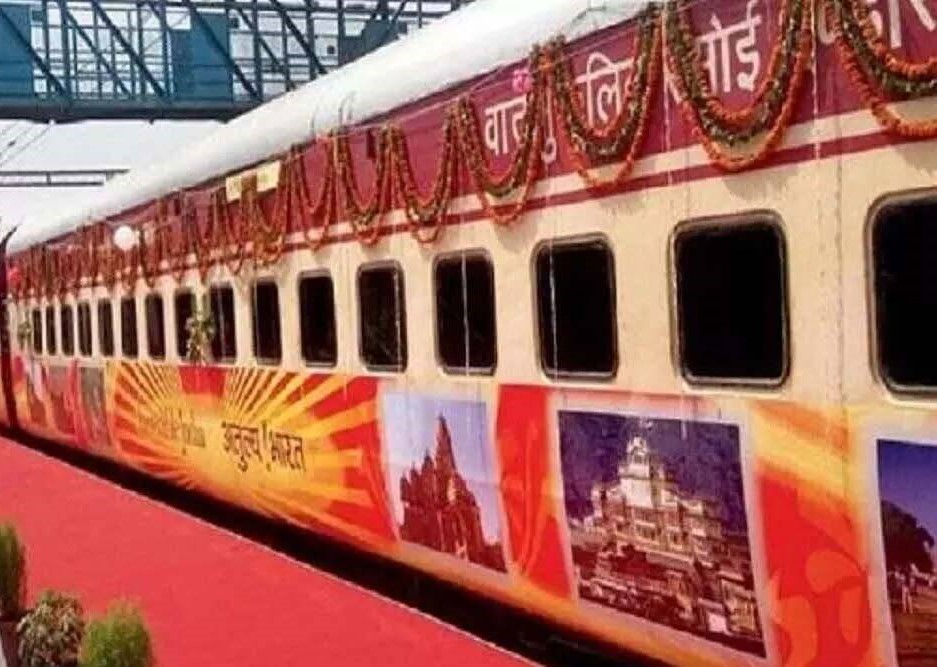 A tourist train with ‘Yoga’ coaches

The first tourist train under the India Government’s ‘Bharat Gaurav’ initiative will set out on its maiden voyage from Delhi on June 21 on the occasion of the International Yoga Day.

The train, which will cross the international border and chug to neighbouring Nepal, will have many specialties, including an onboard facility for passengers to practice Yoga.

Two coaches on the train will be exclusively kept for Yoga practicing, and have no birth. Also, there will be trained Yoga instructors on board to teach and guide interested tourists in Yoga lessons.

The first ‘Bharat Gaurav’ train will be operated on the Shri Ramayana Yatra Circuit, covering destinations connected with the life of Lord Ram (Hindu mythology) in India and Nepal. The 10-coach, all third AC class, train will be theme-based, with each compartment depicting the country’s culture and traditions.

“Yoga is one theme. Passengers will be able to perform Yoga in a dedicated space. We’re also deploying Yoga instructors to help the tourists in the act,” railway sources were quoted as saying.

The train will cover 12 major destinations associated with Lord Ram in 18 days, covering a distance of 8,000 kms. There are nearly 600 seats, with the ticket price ranging around Rs 65, 000 per person.