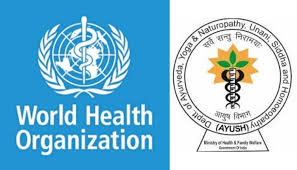 The construction of the first Global Centre for Traditional Medicine (GCTM) is progressing fast with the Indian government allotting Rs 130 crore for the purpose.

The Ministry of Ayush and the World Health Organisation (WHO) signed a Host Country Agreement on March 25, 2022, for the establishment of the GCTM in Jamnagar in Gujarat. It aims to support nations in developing policies & action plans to strengthen the role of traditional medicine as part of their journey to universal health coverage.

The financial implications of Rs. 130 Cr have been approved by the Ministry of Ayush towards the functional cost of the Interim Office of WHO-GCTM and funds of Rs. 63.26 Cr have been released till date, Minister of Ayush Sarbananda Sonowal said in a written reply in Rajya Sabha on Tuesday.

“The construction of the Interim Office of WHO GCTM is in progress,” he added.

The Government shall respect the functional independence of WHO in carrying out its activities and in assigning to the Centre such WHO officials or other WHO personnel as it deems necessary for carrying out the particular functions assigned to the Centre.

The Government shall provide to WHO, free of charge, appropriate and adequate office premises for the Centre and its installations. The Government shall also be responsible for the maintenance and security of the workplace premises for the Centre, its installations, and technical plants, together with storage and archive space, meeting space, equipment, and other facilities.

The WHO-GCTM Centre aims to provide support for all traditional medicines in the world. No proposal is under consideration for setting up another such type of centre elsewhere in India, the minister said.